Women in Drum and Bass // Feature

A lot has been said about female representation in our scene, but we think there’s still a lot to say. That’s why we sat down with Tiffany SK, Joksie and Natty Lou to open up the conversation once more. (TW: mention of SA)

With life coming to a pause because of the coronavirus, people have been looking for new passions and music was very often one of those things. Never before did the drum and bass see such a massive influx in people learning how to mix, streams on Twitch and YouTube and not to forget, producers on TikTok. Hand in hand with those came representation. Women, people of colour and LGBTQIA+ people want to see some change behind the decks. Natty Lou: “Since lockdown, things such as inclusivity riders are being used more and more.”

Today we’re talking about three women who have been active in the drum and bass scene for quite some time. Natty Lou had found her place in the scene as a dancer, but since a few years has switched this for a spot behind the decks. Tiffany SK is co-founder of the collective ‘Concrete Jungyals’, with which she prioritizes safe spaces and inclusivity. And lastly there’s Joksie, both DJ and graphic artist. Three women with a different background in drum and bass, so we thought it’d be interesting to bring them together and have a talk.

What’s it like to be women in such a heavy male dominated scene as drum and bass?

Tiffany SK: Drum and bass always has been heavily male-dominated. A lot of the time they don’t really see the issue with the lack of diversity in the scene. This is why collectives such as ‘Concrete Jungyals’ exist, to encourage more participation from marginalised groups. People need to learn to be more welcoming towards others, rather than shunning people who they think don’t ‘fit’ the bill. I’ll say it till the cows come home, inclusion and diversity are beneficial to creativity and it makes the scene more interesting!

Joksie: When people feel “locked out” of spaces they often have to forge their own path and create spaces of their own.  I think this is why we are seeing a rise in women djs and producers using TikTok to promote their art. Covid completely levelled the playing field because no one could play gigs! All of a sudden artists who are talented were able to share their work with audiences that they wouldn’t have otherwise been able to reach in real life.

There’s been a lot of pushback from the scene on the way these new artists are growing but I only ever see fresh perspectives and ideas  from new people as a good thing. It’s important to help the scene grow, as drum and bass can be a bit of a bubble/ echo chamber sometimes. Social media has opened doors for a lot of marginalised artists and is bringing more listeners to the genre we love so dearly than ever before.

Natty Lou: For me, I don’t see myself as being a ‘woman’ in this scene. Instead, I see myself as a ‘DJ’. I’ve seen a big improvement from when I first encountered Drum and Bass in 2008 up until now. But then again, I still feel like female visibility is low in all genres of music. I don’t know the reasons for that, but I do feel like the majority of promoters are men. This is just an assumption, but maybe men are more likely to choose other men to DJ, underestimating what women can do. Or, maybe they see us as too ‘Glamorous’ for Drum and Bass and Jungle music.

Joksie: I have some girl friends who are really into mixing neurofunk. They get told ‘women aren’t supposed to like neurofunk’. How are they supposed to operate in a scene when their participation is actively discouraged from the get go?

In 2021, 27% of all acts at festivals were female. That’s what a study at femalepressure.wordpress.com found. Compared to 9% in 2012, we have to admit that there’s improvement being made when we’re talking about representation in the music scene.

According to this study, things have improved the last ten years. Do you have any more tips on how the scene can become even more inclusive and diverse?

Tiffany: For things to get better, people really have to put in the work. Forget the excuses and do your research because there are plenty of talented DJ’s from marginalised communities out there. Don’t be afraid to ask questions if unsure. You don’t need to have all the answers but you should be looking for them. Ask your network for recommendations, ask outside of your network and people within these communities, ask for tips etc… you should be thinking about diversity in conjunction with finding appropriate talent. The road less travelled is far more interesting.

With DJ Sly being convicted of r*pe and SA recently, women’s safety is once again a big topic.

Joksie: Women’s safety in clubs is another big thing for promoters to look at. Once at a gig I was cornered and harassed in the dressing room by a guy. It was a very uncomfortable experience. I didn’t feel comfortable bringing it up to the promoter because at the time, I didn’t want to cause a ‘problem’ or reason to not book me again.

And lastly, a lot of my friends don’t feel comfortable asking men big questions about club culture. The scene is quite illusive and there’s not a lot of easily accessible information out there. We’re feeling vastly underestimated and sometimes the responses we get can make us feel quite discouraged. I’ve had men not expecting me to know how to mix, let alone double drop tracks – and it genuinely surprises them. Is it because of how I look? I really feel like sometimes they see me as ‘less capable’ from the jump and I have to prove myself ten times harder. I’m willing to do the work, but I hope in the future things will change.

Natty Lou: I’ve had a few circumstances in which I have turned up to the club with my male +1 and the bouncer always looks at him first, assuming that he is the one DJing. But no, it’s me! I hate it when that happens, and I do make a point of it. Tips for promotors? It’s simple. Just give us women, non-binary, those of colour and LGBTQIA+ the opportunities to play out. Not just to tick some boxes, but to really want us for our talent. We’re inspiring the younger generation of DJs & producers – letting them know that there is room to come through, whilst giving them the confidence in doing so. Diverse line-ups are much more exciting anyway!

Tiffany: There need to be more female/femme/non-binary/queer/ BIPOC promotors. I think it’s important in terms of representation. Seeing people in spaces where you want to be, doing things you want to do or perhaps you didn’t think you could do. If people try to exclude you or refuse to give you a seat at the table, find another avenue, or build your own damn table. Know your value and show them your worth. Because at some point it’s better to do it yourself than to keep waiting around for someone else to do it for you.

What’s the one thing you want to want people to take away from this conversation?

Natty Lou: I want to give a shoutout to all the initiatives: the Dynamics roster, House of Hi-Fi, EQ50, Tiffany – and Concrete Jungyals, Unorthodox run by Nathan X, MC Chickaboo calling people out… You see, change is happening. I can’t wait to see what the scene is going to be like in 5-10 years’ time.

Joksie: If you’re a woman, don’t be afraid to reach out and ask questions! Most of us are more than happy to help out and answer questions you have. Putting  yourself out there is the most important thing. You might not get the yes straight away but keep going.

Tiffany: I encourage everyone to share information and help others. I think if you can be helpful in any way and share experiences, then do it. Don’t be a gatekeeper, because how does that serve you? Don’t be scared to put yourself out there. Sometimes being vulnerable can be good for you, and for others. At the end of the day, an inclusive and diverse scene is a healthy scene. 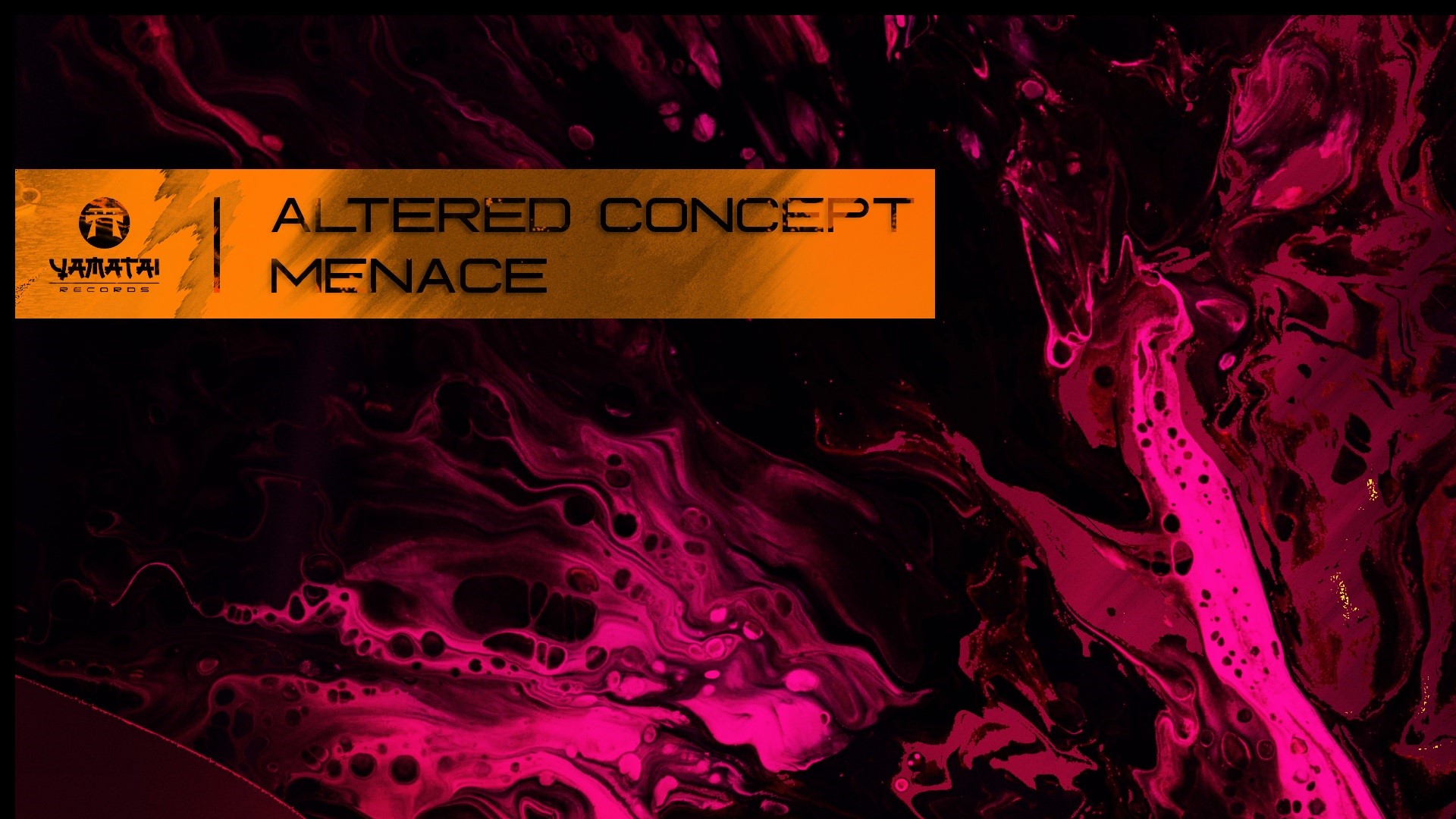