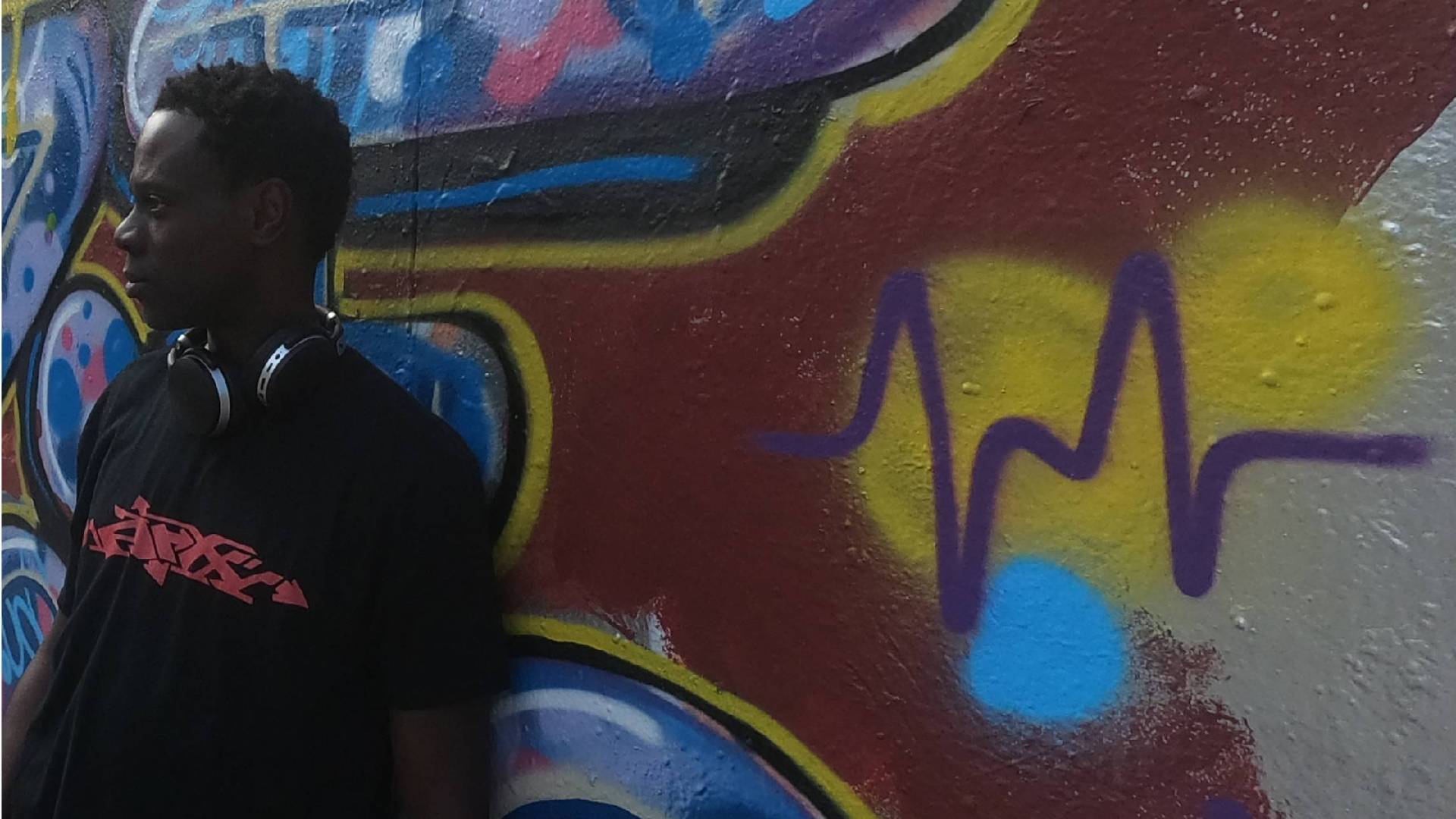 Ink, a staple in drum & bass for decades now. An originator how’s help mould the very shape of our scene and is still just as relevant today as he was when he first broke through.

It’s no easy feat to be at the forefront of a genre over decades, especially one that has seen so many changes and new styles. But this is exactly what Ink has done. Through hard work and dedication his name has been firmly Inked into the drum & bass history books. First breaking through as an MC he changed his head to production. Pirate radio and appearances at the most iconic nights in our scene including Metalheadz’ Bluenote, Renegade Hardware and Fabio’s Speed led him to honed in on his signature sound. His music has featured on many of the biggest imprints and his own label Architecture Records has become a key note space for pushing the boundaries in drum & bass.

Three decades on and Ink is still smashing it. He appeared on the infamous R&S Records earlier this year, alongside long time collaborator and friend Loxy with a killer EP featuring monstrous drum & bass cuts, a deep dub track and a killer hip hop beat seeing Ink and Loxy flaunting their skills as MCs as well as producers. Following on from that Ink lands on Dispatch Recordings alongside another long time collaborator and friend Gremlinz. Together they drop two club shaking beats as part of the label’s Blueprint series.

After those two slamming releases and the feeling there is a lot more to come, we spoke with the legend that is DJ Ink.

What’s got you motivated right now?

I’ve got a new project I’m working on with R&S so that’s my main focus right now.

As things in the UK have opened up again, have you had the opportunity to get back out into the clubs and festivals?

I have been to a number of events over the last 6 months and the feeling has been immense after such a long wait.

You have been a leading figure in the music scene for decades now, how much have things changed for you since the early days whilst you were resident at events such as Speed and Blue Note?

A lot of the clubs that I played at have now been closed and replaced with major festivals and day time events. This has changed the dynamic of the sound within dnb and how producers make that sound.

Those kinds of parties are heralded today as some of the foundation stones of the drum & bass scene – was there a feeling at the time that it was the early days of something as big as the genre has become today?

There was always a feeling of the music growing and expanding worldwide. Looking back on some of the tracks you could instantly tell that something special was definitely developing.

Most of us know your legendary time as resident at the events mentioned above as well as your works with Renegade Hardware, part of The Four Horsemen etc, but what were your firsts moves in the music scene?

I started out DJ’ing on pirate radio stations around London and then moved on to the iconic clubs that you mentioned earlier. I then proceeded to start Architecture Recordings and produce under the guise of The Architex.

You’ve worked so hard over the years to get to where you are now, what was one of the hardest things you’ve had to deal with in the music game?

For a long time, the mainstream ‘institutions’ did not recognise my sound but the streets know!  Purely my love for the music itself has allowed me to continue making the sound for almost 3 decades.

As an artists whose long been in the game, you’re still here repping the proper underground sounds. One such we have to mention is your monster EP with Loxy on R&S Records, ‘Manifested Visions’. It’s title track goes in hard, truly showing your skills not only as a producer but as an MC as well. Can we expect more music like this from you in the future?

I have several projects in the pipeline which are all geared towards the LP on R&S. So 2022 will mark the beginning of the new material. You can certainly expect to hear more from me on the mic very soon!

Another release we have to mention is the forthcoming release with Gremlinz, an artist you’ve known for some time now… You come together for the latest Dispatch Recordings’ Blueprint series, talk us through the release?

Me and Gremlinz are great friends, so slipping into this project was second nature. We discussed making two contrasting styles and moods of music that reflect my varied taste as the ‘light and dark DJ’!

There must be a good synergy between you and Gremlinz in the studio, what does he bring to a track which you might not?

We’re both from the school of hard knocks and his style is intertwined with mine. So at any given moment we will produce the full circumference and spectrum of melodies or beats.

If I remember right, you signed Gremlinz to your label, Architecture Recordings? He’s one of many great names that have featured on your imprint. What are you looking for when signing music to the label?

I’m looking for originality, experimentation and the freedom to explore new depths and concepts. I’m never afraid to push the boundaries and I avoid being boxed or restricted by trends.

Despite the label being around for 20 years or so, it hasn’t had loads of releases, would it be fair to say the ethos is quality over quantity in that respect?

Absolutely, you’ve hit the nail on the head! That is the ethos of Architecture Recordings. I’m all about quality and uniqueness first.

As one of the iconic names of the drum & bass scene, what has been one of the most influential sounds and labels in the music for you?

Metalheadz – that’s where I fine tuned my style after the pirate radio era.

Have you got any dates coming up where we can catch you playing?

I’ll be down at a few special events next year due to be announced so I can’t share the details yet but watch this space!