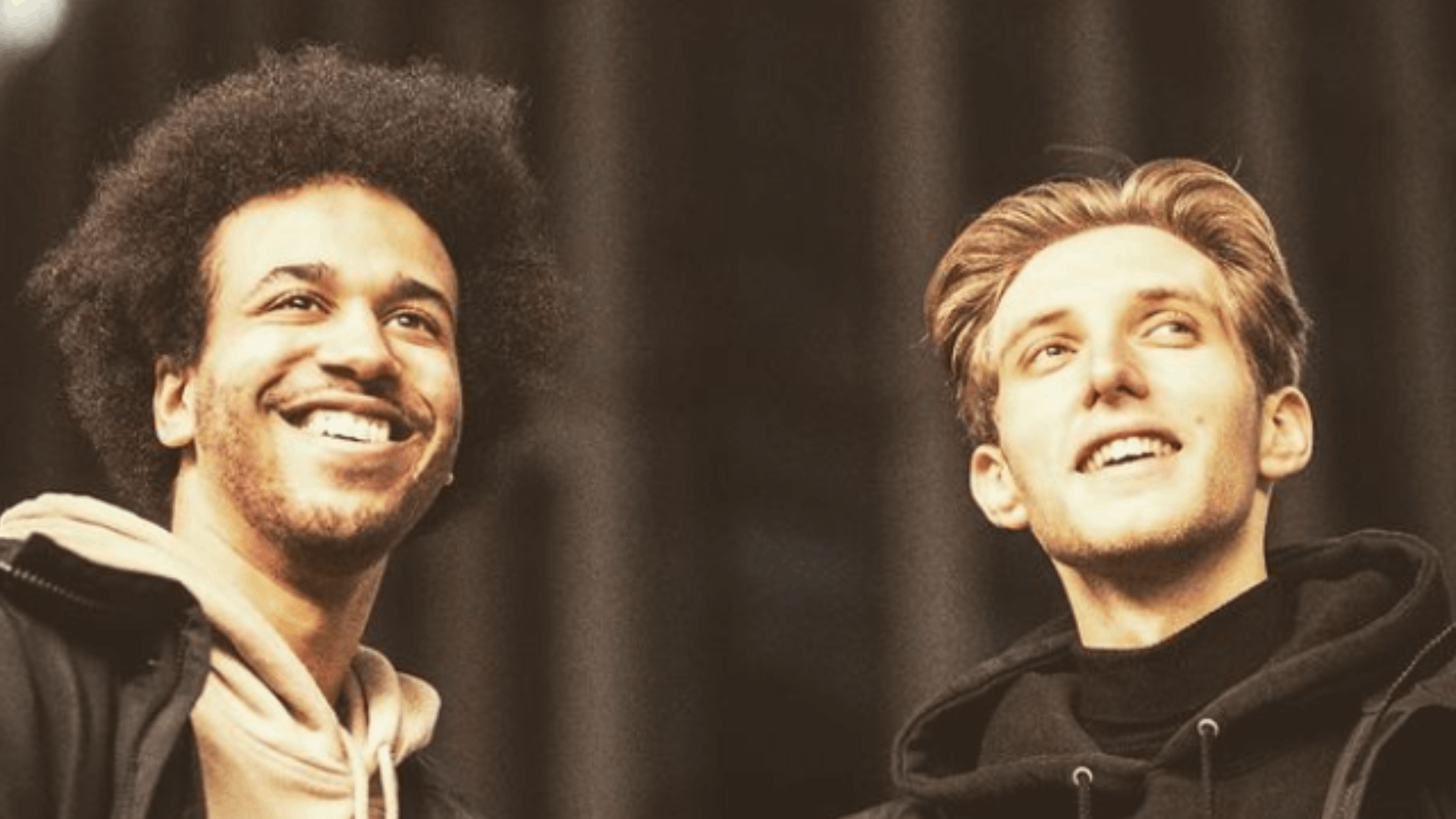 By Annelies RomDecember 21, 2021No Comments

We had a chat with Polygon and they told us everything we needed to know about their new ‘Unison’ EP.

On your newest EP, we can find two new tracks, ‘Hideout’ and ‘Tricks’. Can you tell us a bit more about the creative process behind these tracks?

Elliot: ‘Tricks’ is a collaboration with SOL, an Australian artist. He has this really unique style of drum and bass, a mix of Fox Stevenson and Porter Robinson, you could say. Working together on this track was great, it went very easy. I made the intro, he sent an idea for the drop, and so on and so forth. And then before we knew, a month had passed, and we finished 90% of the tune. At that point, it always becomes a bit harder to really finish a tune, but yeah, I’m glad we worked together. Our styles match beautifully.

How did you get to know SØL?

Elliot: That’s a funny story, actually. A while ago, he sent us a message, asking for feedback on a track he had made. It sounded very good! Then, a few months later, I was watching a Fox Stevenson stream, a DJ set, and at one point during the set I heard ‘So Far Away’, by SØL, and the chat was just losing it. After this, I sent him a message and from there we began talking again. It’s a very nice guy, we loved working together.

Julian: Yeah, shout out to SØL. ‘Hideout’ then, came to life during Liquicity Writers Camp. Frae, the vocalist, was there as well. There we were meant to be making drum and bass tunes, but we just didn’t feel like doing that to be honest, so we began to do some vague stuff. Literally anytime when someone came to check on our work, they also left again as quick as possible (laughs). At some point during this Camp we made some dancepop. We loved it, but we wanted to add a drum and bass drop to it. And that’s where we got stuck for a while. We tried adding this drop for over a year, but in the end it just didn’t work. We decided to keep it to dancepop and now we’re very happy this track made the EP.

‘All The Way’ and ‘I Got You’ are two of the earlier released tracks we can find on the new EP. What’s the story behind them?

Julian: For ‘All The Way’ we worked with ROSE. It was a real adventure to record her vocals, because you have to know, I live in Amsterdam Noord, and my room is not fit to record vocals, at all. She had to stand in a corridor with a blanket over her head, so her voice didn’t reverberate. We had to be creative, but we’re very happy with the outcome.

Elliot: I Got You was also a real adventure. I remember that we made the first version of this song in Hilversum probably, where Julian lived before.

Julian: Yeah, that’s true. For this track, we worked together with bvd kult. He was signed at Universal and Sony Music and I remember being totally impressed. We had a lot of contact, and that’s how the collaboration happened. He’s a really nice guy and he made an awesome intro for ‘I Got You’, we made the drop. I think it’s one of our best tracks up to now, I just knew it was going to be a banger.

Elliot: The vocals are super catchy, they just work.

Did you already play the tunes out, did you get the chance to test them?

Elliot: The only track we didn’t play yet is ‘Hideout’, because it’s more of a track to just listen to. At Liquicity Prague, we played the rest of the tracks, the latest versions of them, and it sounded good, very happy!

Julian: The Polygon way is dropping an unreleased track and then not saying anything about it for two years. Recently, in Nijmegen, the crowd sang along to our unreleased songs. One of them we’re only going to release in early 2022 and another one even later, but still, the crowd knows them. That’s so cool. We even have one track we’re never going to release, but always play, and everyone knows that one.

Now that 2021 is coming to an end, it’s time to reflect. How do you look back at this year?

Elliot: It’s been awful, obviously, because of corona. But what was even more sad, is the fact that when we finally got the chance to play at High Tea in Amsterdam, a close contact of Julian got corona…

Julian: Yeah, it was supposed to be our biggest gig in a year and a half, on my birthday! But I was stuck inside, once again.

Elliot: The power of Polygon is mixing together, playing gigs together. When we’re behind decks, we’re enjoying ourselves massively, we’re joking, dancing, having the best time really. When one of us is missing, that power is missing, it’s really not the same. So next to High Tea, we also got to do a smaller event in Nijmegen for Fiber and Liquicity Prague. That last one was insane! Big venue, so many people, the ultimate feeling we had been missing.

Julian: Also, the feeling of arriving at the venue, going backstage and seeing all of our friends again, that was amazing.

Elliot: Honestly, I had goosebumps the first half hour I was there. I really enjoyed being on stage again and seeing all of these people again. This is our sixth year as Polygon and we always have been close with Liquicity, so we know them really well. Sharing those moments with them, was really powerful.

Julian: Powerful, but also a bit strange to be surrounded by that many people again.

And looking forward, how are you going into 2022?

Julian: 2021 was a pretty cool, but also a very hard year. Lots of mental stuff happening, leaving us drained. I also notice that, while I like the music we’re releasing now, I’m always chasing something more. I think that next year could be filled with things that give us that little push we need to break through to the next level.

Elliot: We’re now in the process of getting our own studio, and that’s something we’ve been missing these past few years. A sacred space to work on music, without distraction. Just us and the computer, and the music coming out of it. It really was a draining year, but I hope 2022 will return some of that energy.

Polygon’s ‘Unison’ EP is out now on Liquicity Recordings. Listen and save here.