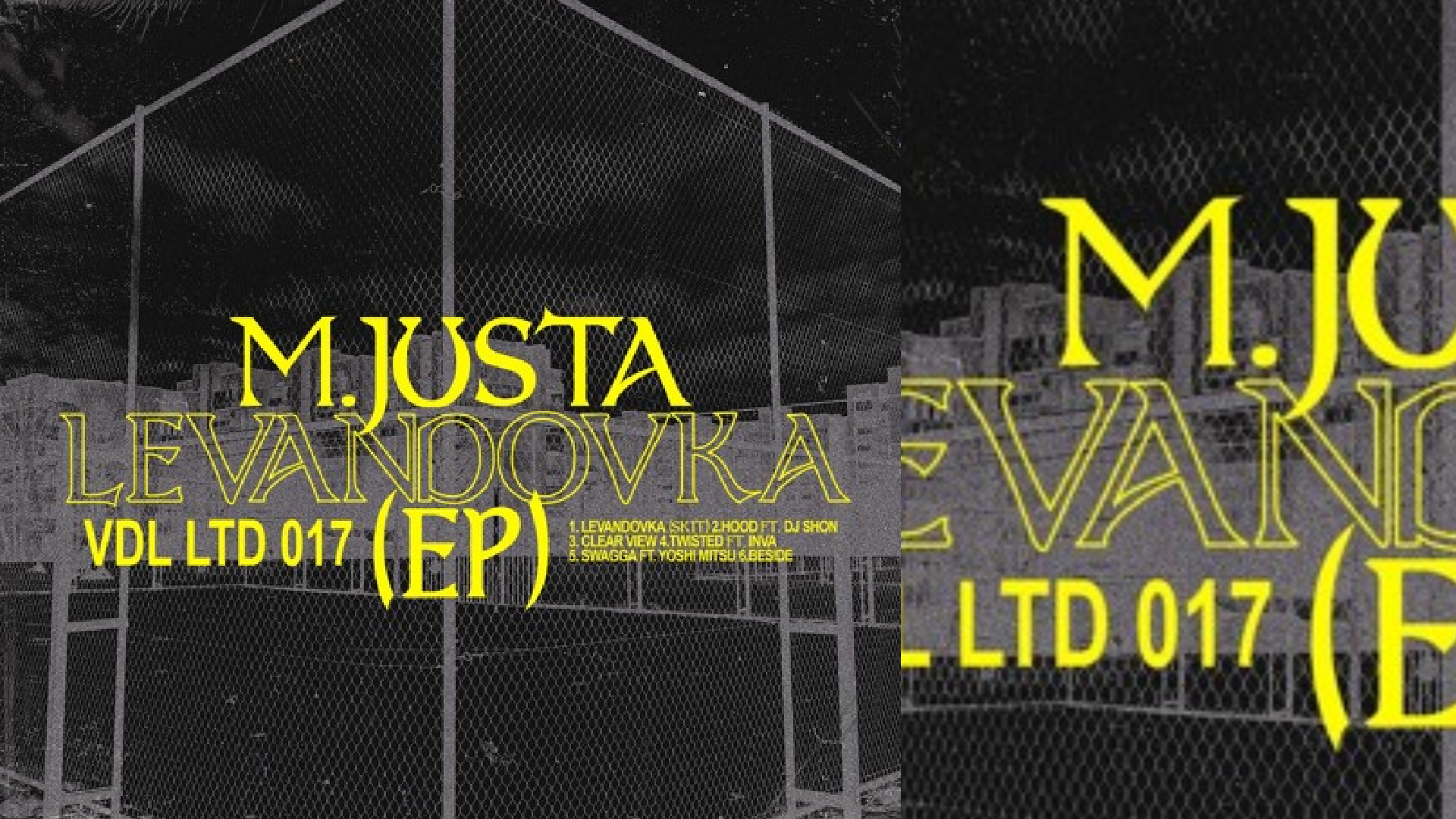 By Fergus Holmes-StanleyMarch 15, 2021No Comments

Fergus Holmes-Stanley takes a listen to the lates release from Vandal Records.

Not many people would initially associate Ukraine with the bass music scene, but after you hear this release, I’m sure you’ll change your mind! The EP comes from M.Justa who’s currently making waves in the scenes having already released on Noisia’s Invisible and Division labels. Now he blesses our ears with a twisted beats EP called Levandovka on Vandal Records.

The EP gets its name from a distorted sample in the intro skit of a cheery Ukrainian folk song which fizzles out as a deep drum groove starts and sets the abstract feel of the whole EP.

There are two solo tracks on the EP and words don’t really do the first one, ‘Clear View’, justice. It’s an absolute head bopper with the catchy bassline and bouncing drums making this my favourite track of the EP. If I don’t hear this tune on the 21st June I’m definitely asking for my money back because this one will go off once clubs are back! The final track, ‘Beside’, wraps the whole EP up nicely. There’s a heavy bassline accompanied by syncopated percussion to drive the EP to a close in perfect fashion. If you like Ivy Lab you’ll love this!

The EP also includes collaborations with several different artists. The first track, ‘Hood’, is a collaboration with Ukrainian hip-hop producer and sick turntablist, DJ Shon. This track provides a perfect blend between the abstract nature of half-time and the groove and funk of hip-hop. You can see why massive hip-hop head Redeyes wanted this on his label! The next collab track is with another Ukrainian producer, Inva, who’s part of the Bass:is crew alongside M.Justa. It’s aptly named ‘Twisted’ because this is a proper twisted, fucked up beat!

M.Justa changes the pace with the tune ‘Swagga’, a collab with Yoshi Mitsu, which is in the 140 bpm realm and definitely lives up to its name. The track perfectly demonstrates the versatility and skill of M.Justa and the Bass:is crew.

It’s safe to say that the Levandovka EP is putting Ukraine on the bass music map, and I’m so gassed to hear these tunes played out on a sound system one we’re allowed to dance again!