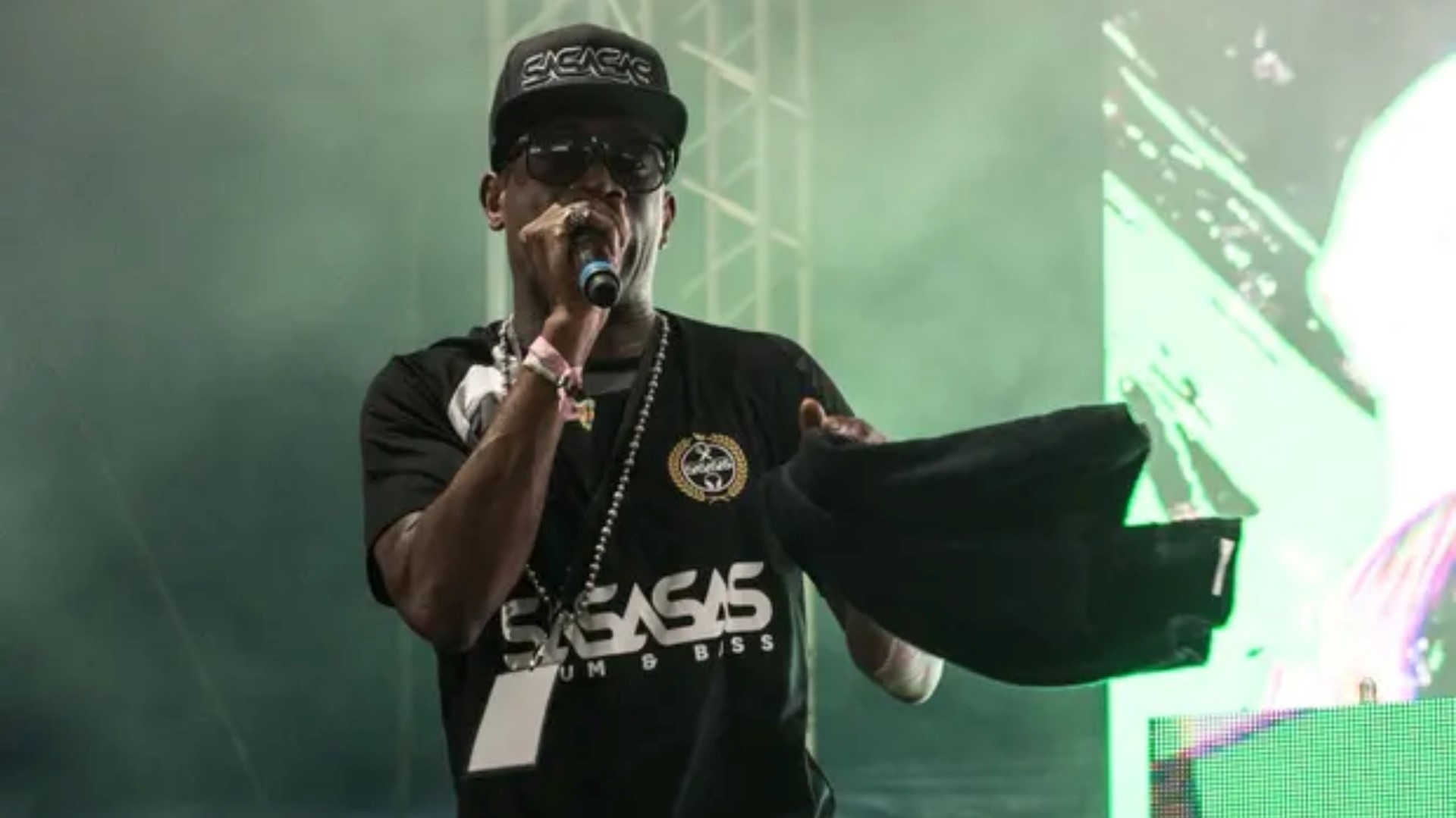 Lord of the MCs – Remembering Skibadee

By Anthony MulhollandMarch 8, 2022No Comments

We take a look back on the life, and career, of Skibadee. Reminiscing on his magnificent achievements, as well as how he was adored, and loved, by everyone within the underground community.

Alphonso Bondzie, better known as Skibadee — one of the greatest to step foot on a drum’n’bass stage. His distinctive lyrical flow, and witty quality, set him above and beyond the rest. If you ask any drum’n’bass raver, no matter what sub-genre inclined, they will tell you how out of this world his artistry really was. A quote that really stands out, and summarizes him very nicely is, DJ, and producer, Plastician describing him as being “your favourite MC’s favourite MC” — profusely stamping his mark on UK rap. Having been associated with pretty much every name in the game, it’s unsurprising the floods of touching tributes, and messages, the South London-born rapper has received. From grime to the garage scene, dance music around the world is mourning a true legend. An inspiration to the likes of D Double E, Wiley, Kano, Dizzee Rascal, and many more of the founders of grime. As well as an array of DJ’s, and producers, who are prominent within the UK underground scene. His contribution to contemporary black music in Britain was unparalleled. The list of artists and ravers he inspired, over the years, is genuinely endless.

The way he seamlessly shaped a whole UK dance culture was not only effortless, but enlightening, with his notable enthusiasm towards everyone around him. Rappers looked up to his live sets, every time he jumped on stage was a true spectacle. It’s true, perhaps he never gained mainstream stardom, but he didn’t need to — he was right where he needed to be. His performances schooled many of your more prominent MCs to adopt a verbal proficiency which allowed them to entice crowds in a manner that showcased personality, and energy, in abundance. In 2017 Skibadee spoke to Grime Report TV, saying his million-words-a-minute approach came about because he “was trying to do something different to what everyone else was doing”, preaching that it “always seemed to naturally go with the music”. He undoubtedly influenced the likes of grime, drill, and everything else that came after. Working with a plethora of underground artists from all different types of backgrounds, he defined the epitome of British dance culture. Music wasn’t just a career for him, he lived and breathed all aspects of the art form — from start to finish. Being a true visionary of the scene that he was, there are a lot of artists out there who are indebted to his innovative methods.

Rewinding to 1993, a young Skibadee began to host raves around London. Only a year after jungle music was born in the UK. Bringing a dancehall, and US hip-hop, flow to Jamaican sound-system music. What we all now recognise as drum’n’bass music, Skibadee began a legacy which pioneered this authentic UK sound to the world. His early tracks ‘Streetfighter MC’ and ‘Died In Your Arms’ cemented this new movement. In more recent times, being a part of the infamous drum’n’bass group SASASAS, which brought together the late Stormin, Shabba, Harry Shotta, DJ Phantasy, and Macky Gee. This unquestionably demonstrates the longevity he carried throughout his career and the positive effect it had on everyone involved within the scene — capturing the imagination of a new generation of fans. Pirate radio was a medium he readily used in the 90’s and early 00’s, with stations such as City Sound Radio and Kool FM helping develop the original jungle sound — laying a foundation for this quick tempoed genre to evolve, alongside artists such as Wildchild and Stevie Hyper D who tragically lost his life in 1998. With his recognisable catchphrases over jungle rhythms, many avid listeners of drum’n’bass would have grown up hearing his vocals on Shy FX & T-Power’s song ‘Don’t Wanna Know’. A truly universal track that is popular with music listeners from all walks of life. ‘Twist Em Out’ by Dillinja was also a notable tune he featured on — another real anthem for the drum’n’bass community.  Accolades included the BBC 1Xtra award for best MC in 2006, on top of this he received a lifetime achievement award at the 2010 Drum’n’bass Awards.

Observing his social media movements, it is clear to see that Skibadee was not only a great artist, but also a genuine fan of underground music. He supported a wave of young, and new, artists who were trying to find their own way within the scene. From consistently reposting other people’s music content, to giving a load of shout outs on his livestreams. He was always on the lookout for fresh, new, talent. It cannot be stressed enough the emptiness the whole scene will feel — for a very long time ahead. He really was a selfless artist who did his best to make sure everyone had an opportunity to shine. We can only hope the multitude of artists he inspired can continue to carry the torch for this one of a kind maverick of an MC. As the tributes keep pouring in, it is completely apparent that he will be sorely missed amongst his peers and fellow ravers. What has been a dark day for drum’n’bass will hopefully see the light again when we can profoundly celebrate what was a mesmerising career, leaving a legacy behind for us all to commemorate. May his soul rest in peace and his energy continue to shine down on every rave up-and-down the country. A friend to us here at Goat Shed, our thoughts are with his family, and friends, during this difficult time.