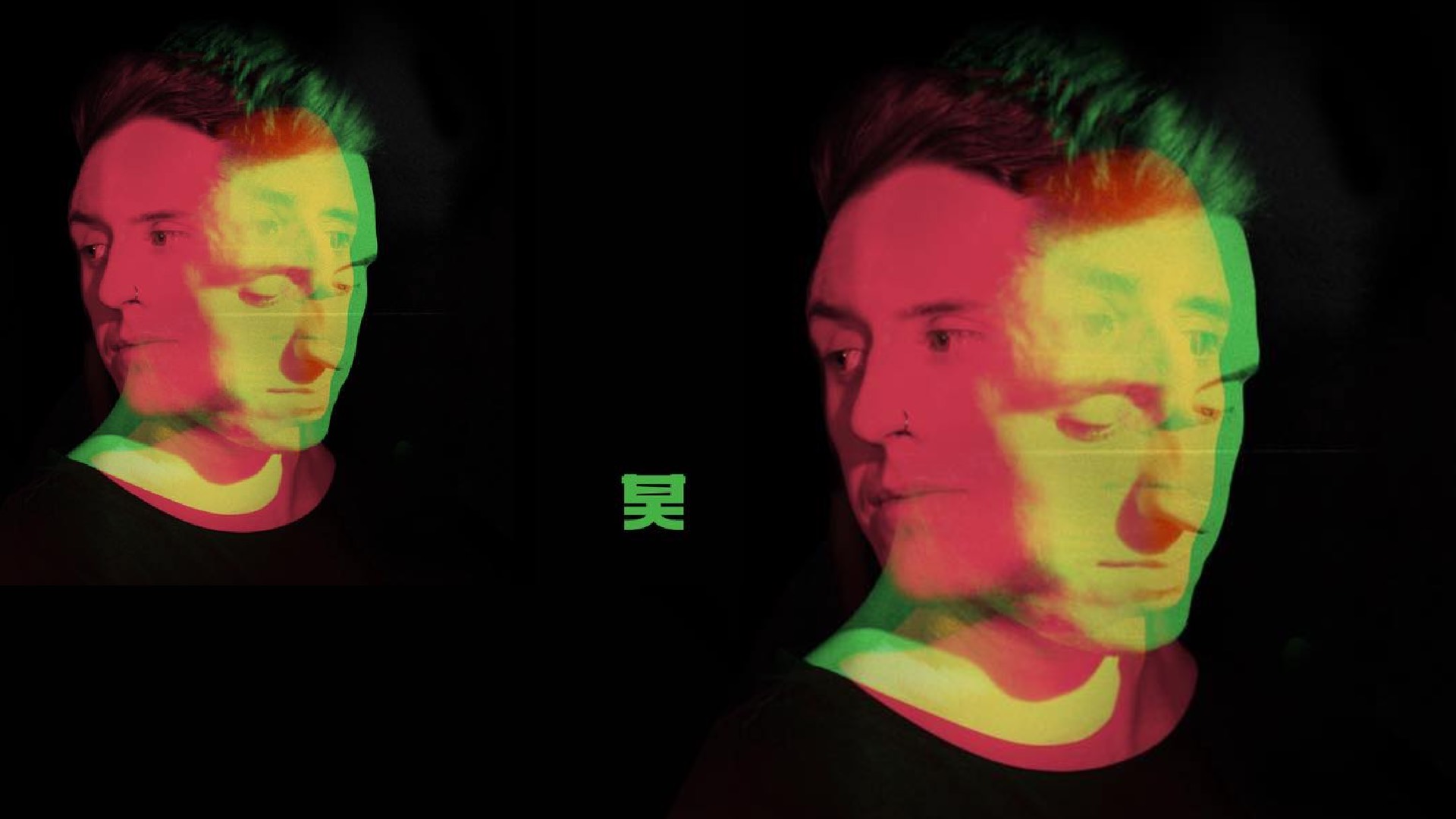 By Anthony MulhollandOctober 7, 2021No Comments

We, at Goat Shed, caught up with the very experienced and expressive Linguistics. Away from performing with heavyweight producer Friction, Linguistics is also concentrating on establishing his own music unto the drum and bass world. We find out what has inspired him over the years, as well as, where he envisages his career going in the near future.

What have been your musical influences growing up? What has helped shape the artist you are today?

Linguistics – If you really want to take it way back, before drum and bass, I started writing over old garage beats. That was my first introduction into ‘MCing’. Then Lord of the Mics happened, so I started watching all the YouTube videos related to that. I just loved it. I loved grime music, but I never really felt like it was the type of music I could write over. It wasn’t as relatable to me. Where I was from, I couldn’t really write about the same lifestyle and struggles in comparison to those who were making it. I didn’t start writing properly until I heard people like Task Force from the UK hip-hop scene. It wasn’t till my mates got me into drum and bass where I started going to drum and bass events. Eventually, I heard people like SP:MC and ID. These guys were writing the type of stuff that I wanted to do, over drum and bass. I also started hosting dubstep sets, where Joe (Document One) ran a night in Oxford called ‘dubpolitics’. They booked Skrillex, Flux Pavillion, Skizm and Doctor P; they were mad nights. This was my first experience of fronting an actual rave and I loved it. I loved the crowd interaction aspect of it. Before that I was just going to hip-hop nights. When I moved to Bristol for university I was still able to do shows because a promoter I knew, from my time performing in Oxford, ran nights over there. It was nice to experience performing around the country. Then Friction noticed me in my second year.

Why was drum and bass the avenue you decided to go down musically?

Linguistics – I got into the scene a bit later than most. I just loved the energy of the crowd. There was just nothing like it and instantly made me feel like I was at home. It was a scene that me and my mates went to every week, regardless of being paid. Back then, it was just about wanting to be on the MIC with my friends in the crowd. At the time, it gave me a sense of direction as a young man when I didn’t really have that before.

What sort of challenges had presented itself over the months lockdown? Conversely, did anything positive come out of it musically?

Linguistics – The challenges I experienced were similar to what other artists were going through. The world being shaken up meant not being able to see friends and family throughout certain parts of the year. That was very difficult. Having no shows, from a mental health and financial perspective, was very challenging. Having what I do for a living, my bread and butter, taken away from me was obviously very difficult. However, the sudden stoppage of everything also provided me with some welcomed free time. I was able to reflect: on myself, how I was feeling and what I had been doing. This gave me a great sense of calm. Despite everything that was going on, it was nice to have some down time and stand still for a period at home. I could feel my body saying “I needed this”. Having a normal bed time during the week was great too. From a music perspective, I’ve written more music this year than I had in a long time. I feel like I’ve been able to find myself as an artist. With a few recently released tunes now being received well, I feel a lot more confident. Ed (Friction) was onto me during these months. He made sure I was still making tunes throughout this period so that, when things opened up again, I would be ready to go. Ed’s knowledge and experience is invaluable. Having that around me is really helpful.

You’ve had a few great releases this year! Let’s talk a little bit about one of your latest releases ‘Change’ featuring Mindstate and Dogger. Very well received! How did it come about?

Linguistics – I’ve always been a fan of their music. I find everything they make so catchy. I hit Rob (Dogger) up and asked him if he would be up for collaborating on a tune. He was super busy at the time, but said he was definitely up for making something together; so he told me to hit him up in a few months time. I actually went away and randomly heard one of his tracks pop up on my Spotify. I started writing all the bars to the song whilst listening to one of their tracks. When I hit Rob up again I had a whole song. I didn’t really fancy singing over it as well, even though I’ve sung on some of my previous songs. Rob mentioned Blind Mic who’s wicked. He’s a guitarist so he also played all the guitar bits on the track. He’s got a very unique sounding voice, so I was really happy to get him on the tune. It all happened very quick, the turnaround was rapid. Dogger and Mindstate are geniuses, it was all boxed up pretty quick. Pete (Deadline) and Ed loved it, so we knew it was time to put it out. I was worried we weren’t going to get it out in time for the summer, but thankfully we did. I’m not the type of person who finds writing lyrics very easy, but with this song I was able to write it within half an hour. This track is meant to be quite uplifting and reflective. Hopefully the lyrics will resonate with people in a positive way and can potentially even help some people. Along with collaborations with Ed, Document One and GLXY, I’m pretty happy with how this year has gone.

What artists inspire you within the scene?

Linguistics – In terms of MC’s: it has to be DRS and SP:MC. They’ve paved the way for so many people. SP:MC in a rave is another level. More recently, it has to be Duskee, his voice just cuts through nicely. I’m a big fan of Degs as well. Bru-C and Inja are doing their thing too, levelling it up for everyone else. There is a drive of MC’s at the moment and it’s inspiring to see from an MC’s perspective.

Why are MC’s important to a rave? It’s fair to say that some people don’t realise the value of MC’s.

Linguistics – For sure man. I guess an element of it does just comes down to personal preference. Some people just don’t like the idea of someone speaking over a set. I can’t really argue with that if it’s a personal preference. But personally, I find raves without MC’s have something missing. There’s no one bridging the gap between the DJ and the crowd. I think that’s an important element to raving. Some DJ’s won’t really engage with the crowd at all and keep their heads down. There’s many reasons why the MC is important. DJ’s aren’t perfect, they can sometimes make mistakes and the MC will always jump in. Certainly now, in the last year or two, it’s really good to see MC led drum and bass events. It’s something I’d be very interested in doing. I love the idea of performing. I’m happy to be a host for Ed, but I also like performing for myself. Now I’m releasing music that is being well received, I’m naturally interested in potentially doing some of my own shows.

What’s it like being a part of the Shogun Audio community?

Linguistics – Knowing Ed for so long, It made sense for me to join them once I was releasing more music. I’ve had a really good relationship with Pete too, he’s amazing. It’s a really good crew. You’ve got Pola & Bryson, the GLXY boys, Document One and loads of others. It’s a very collaborative community and everyone supports each other. There’s no egos in it all, whatsoever. With Shogun, you’re always able to tell the artists apart. Even back when they had Alix Perez, Spectrasoul and Rockwell. The subtle differences between every artist is truly amazing.

Second half of the year, what can we expect from Linguistics?

Linguistics – Just getting back to shows really. Events at E1, Parklife and even a show in Poland.  I’m just excited to get back to it really. Hopefully we’ll get some stuff booked in New Zealand too. The scene over there is great. Where I’m at now, I need a little bit more music released before I can visualise having my own shows. I’m not far off though. I need to put it together so that I can look into a launch show at some point at the end of this year or next year. If I can release an album, then I would definitely be able to do my own shows. In terms of dream collaborations, It’d be wicked to jump on a tune with DRS or SP:MC. I also really like the idea of collaborating with a UK hip-hop artist, such as verbs, over some liquid drum and bass material. I think that sound would be great.