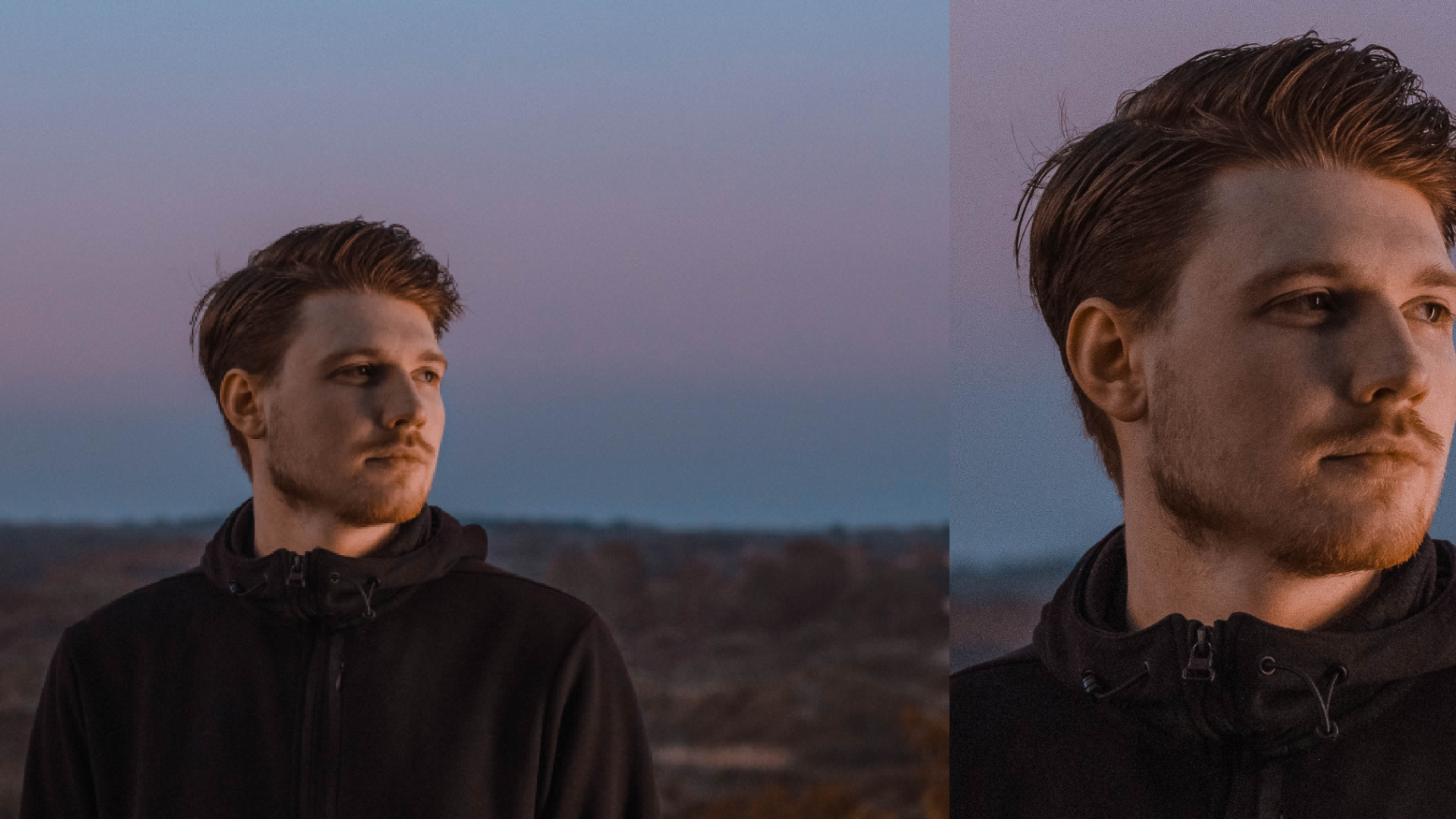 By Annelies RomJune 9, 2021No Comments

On the 4th of June, ‘Waveline’, the new EP by Lexurus drops on Liquicity, on which we’ll find no less than eight tracks. He didn’t want to release an EP filled with already released tracks, so he simply made a couple more. On  this EP, Lexurus showcases his best work yet and it all started with “Crystalize”, the track that  completely changed up his workflow. About time we had a chat with him.

“Crystalize” changed your workflow, you say. Why is that?

Before “Crystalize”, I wasn’t too sure about my sound still. It wasn’t the kind of music I really wanted to make. The song also marked a period of time where I didn’t release any music.  During that time, I was working on music, but never happy with what I came up with in the end. The  good thing about that was the fact that I learned so much. My sound became more mature, I learned to be more creative with sounds, started using more oldschool synthesizers, learned how to make more aggressive sounds. It all just  clicked at some point. From then on, I had found my flow again.

Where is this EP going to fit in your discography?

I made “Crystalize” about a year and a half ago, it was the first track I made for the EP. After that I made  a couple of other tracks, including one for a Liquicity compilation and therefore won’t hear on this EP. All the other tracks I made the past year are on ‘Waveline’. I feel like I’ve got a clean sheet now,  showcasing my best work yet, it’s the best I could do. You’ll find some danceable tracks and also  halftime, liquid and some harder tunes. I made this EP as various as possible, because I want to keep  experimenting with my sound and see to which extent I can go.

On the EP, there are some collaborations, with Polygon for example. How did they influence your  sound?

Exactly, I collaborated with them for the title track, Polygon wrote the melody and I went from there  and built the drop around it. I think they’re really good in creating iconic hooks. I also let them do their magic on the vocal processing since they really do have a signature vocal sound. Dualistic also worked on the track, he actually wrote the lyrics for “Waveline”. It’s a dark story though, it’s about an accident on the beach, where a girl lost her life.

I collaborated with Dualistic on “Continua”, which was a direction that was quite new to me. I had never  made such a track before, so we just tried some stuff. We did know what we wanted though, as I got inspired by Culture Shock and his techno influences. This track was so fun to make, because it all went smooth, there were some things we ended up with ‘by accident’, really, but that’s only a good thing. The riser effect we came up with, ended up being the lead sound for example. It all just worked. The best thing about collaborating is the fact that the whole process becomes much more enjoyable by just sharing the journey with someone else.

You said you were inspired by Culture Shock. Are there some other artists who influence your  sound?

If we’re speaking drum and bass, my main inspiration are the Worship artists: Dimension, Sub Focus,  1991 and Culture Shock. Metrik and MUZZ as well, as they push the whole scene forward. When I  listen to music at home, I actually don’t really listen to drum and bass though. I love to listen to the Playground Radio podcast by Louis The Child. I’m also a big fan of Flume, Robotaki, SG Lewis, Cautious Clay and a lot more. My sound is influenced a lot by listening to non-dnb music. That way, I feel like I’m distinguishing myself from other drum and  bass artists.

Back to ‘Waveline’: what was the creative process behind each track?

The story behind “Waveline” and “Continua”, I explained already, but “Crystallize” is where it all began.  I just made some new drums for myself and I noticed that this gave me new chances. Using the right  drums is extremely important in this genre and these instantly gave off the right vibe. I’ve used a Jupiter-8 for the intro lead. I just love how the chorus effects works in these old synths and it really gives a more authenthic vibe to the track. Next to this, I also used a lot of choir sounds from Omnisphere.

The next song I’d like to talk about is “Magnify”, a collaboration with Rhode. Funny thing is, I discovered her via a drum and bass-cover she did on Facebook. At first I wanted to collab with her on a non-dnb track, but she really insisted on doing a dnb one. I wasn’t too sure if her voice would work out on a dancefloor track, but damn I was wrong! In fact when she started singing her lyrics on the guitar piece I made she really steered the track into a very unique atmospheric direction that would still go hard on the dancefloor.

“Oblivion” is the second to last track I wrote for this EP, it’s a halftime track. It was quite refreshing to make this track, because there’s always a time you get stuck, while working with the same drum pattern again and again. It was good to get free from the drum and bass limitations for a while and  work on this track, it very much helped my creative process.

“Reminiscence” is a track based on the famous Amen break. I wanted this EP to include a more liquid track as well. Roses did the vocals for this track, which I’m very happy about. He was supposed to be just the songwriter at first, but when I heard his demo take I was 100% sure it should be him doing the vocals as well. The vocal you can hear on the EP is the demo version even, I think.

Last but not least, the “Magnify” remix by Justin Hawkes. I never really asked him to remix the track,  he asked me myself. He’s one of the people I look up to. Him asking me to remix “Magnify”, gives me the feeling I can really add something to the scene. It’s a confirmation of all the hard work, let’s  do this, let’s make an impact.

How has 2020 influenced your career?

The entire corona period was not a bad period, on the contrary, I did a lot of growing last year. It all  started when Sub Focus played “Crystalize” during one of his livestreams, then Metrik discovered the track. Before you know, everyone started including it. After that, I released “Magnify” and we kept  things going. I think the fact that artists watched each other’s livestreams and picked up music from there, was such a good thing. It’s much easier to look up a track sitting at home, than it is dancing in  the club.

How are you looking towards the rest of 2021?

It feels like a half year, really. I already booked some gigs, like Liquicity Festival, but there is so much  uncertainty around everything. It’s hard to say what’s going to be possible this summer, but I’m certainly not losing confidence. We’ll see how it goes, but I’m certainly looking forward to dance and  play again.