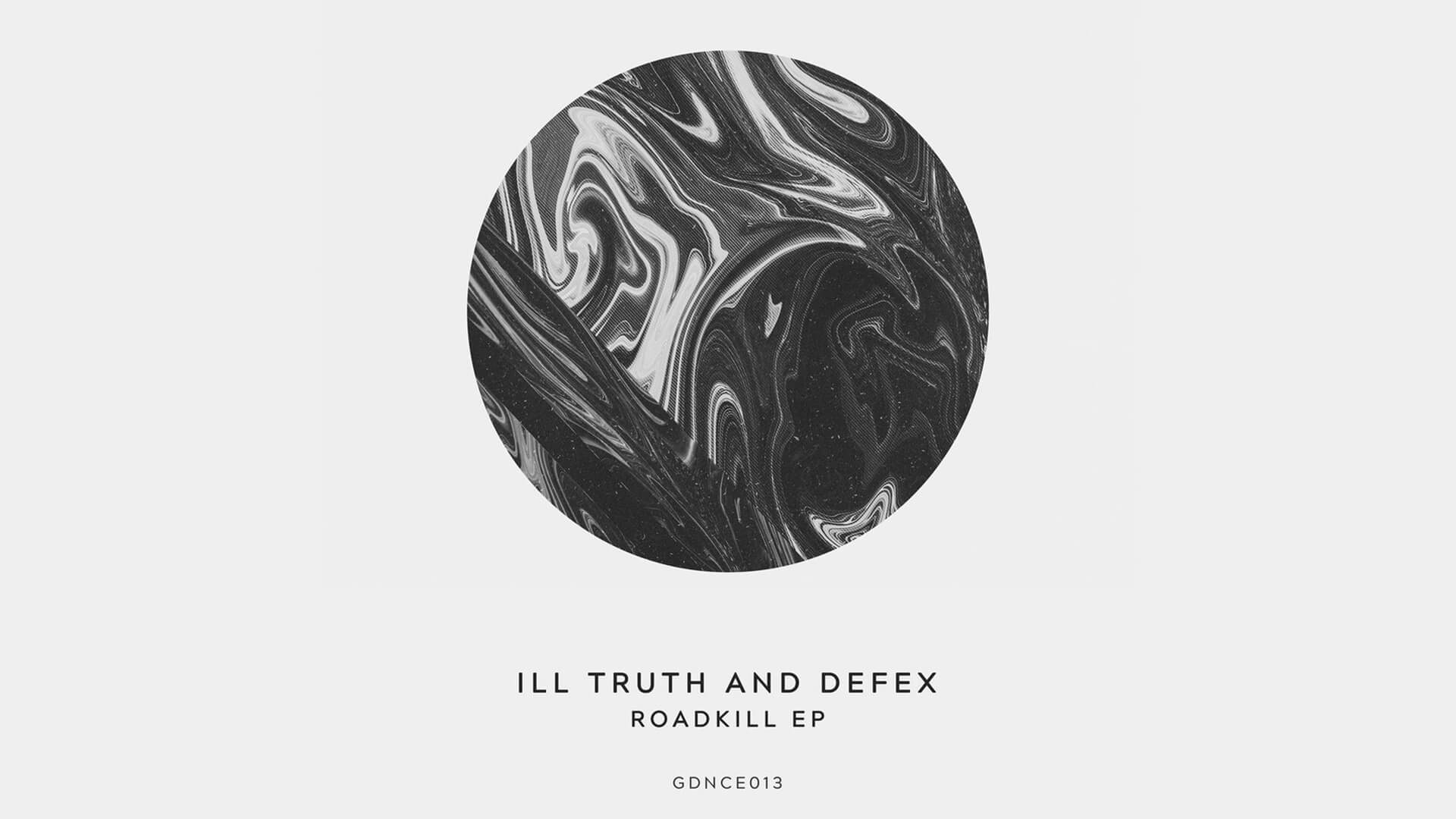 For this review I’ll be taking a look at Ill Truth and Defex’s new Roadkill EP, out now on Guidance. Initially I want to take a look at Guidance itself. Set up 3 years ago by none other than scene legends Ulterior Motive. Guidance came to the forefront of the scene with their first release 001 EP, whuch featured one of my favourite ever tracks Anode. Since then they’ve released a number of EPs featuring the scene’s best newcomers and established artists including Tyrone, Was A Be, Walk:r, and best ever named DnB artist Lovely.

However I’m here to talk about the Roadkill EP. Ill Truth is a name we should all be familiar with really. As a duo they have taken their dark minimal sound to some of the most well-known labels and world’s biggest festivals, cementing their status as true legends of the genre. However Defex is name not so known to us. Regular collabs with Creatures and Ill Truth have certainly given him some weight and kudos and him solo releases on Lost The Plot show his certainly one to watch.

As Ill Truth (Revan & Myth) and Defex all hail from Bristol it’s no surprise we get hit with 4 tracks of that Bristol sound. A perfect coupling of crisp clear drums, wonky synths and high-resolution sub bass.

The title track ‘Roadkill’ opens up the EP, A moody atmospheric build up takes us to a pure tech drop, a rolling bass thump leads the track with occasional techy bleep stabs, reminiscent of Alix Perez – Blips, a sound homogenous with some of the best techy minimal DnB. The snappy snare really holds the track together bringing me back to my favourite track description… Techy Slinger…

Track 2 ‘Da Da’ is once again a perfectly crafted rolling track. A calming and melodious intro takes us to a full frontal drop, no risers needed. The synth certainly takes the stage here with some impeccable sound design, I would try and describe it but I just can’t, go listen. The track is layered with raw bass synths and distortion creating a truly warm sound. Although the synth takes centre stage the drums are certainly not playing second fiddle. Get this on a system and you will know what I mean! Tunes like this would work as well in a heavy neuro set at Let It Roll and dark minimal set at Thekla, once again some great versatility from Ill Truth.

In the track ‘Long Out’ We once again enjoy a moody atmospheric build up with a low key vocal sample in the lead up to the drop. Scrunch your face and get down low as this tune hits hard. Distorted bass whips and rises throughout this rolling beast. For me this tune really does define the Bristol sound, rolling drums joined with rolling bass waaaabs and fills does it all for me.

The final track ‘Digital Style’ is a solo track from Defex. This gives us, the listener, a chance to see what Defex is all about and yes we like it, we like it a lot. Now I know I just said ‘Long Out’ was a true definition of that Bristol sound, well… so is this. Once again we get led by a hypnotic rolling drum beat and an onslaught of rolling bass wuuubs. The relentless hum of the synth gives this track a non-compromising rawness despite being quite a warm sounding track. This is by far my favourite track of the release and really brings me back to a nostalgic state of my first underground raves and living my first memories in the underground clubs of Bristol.

Overall I think this release takes us to a place we all miss; a small, dark, sweaty club facing noise control complaints.