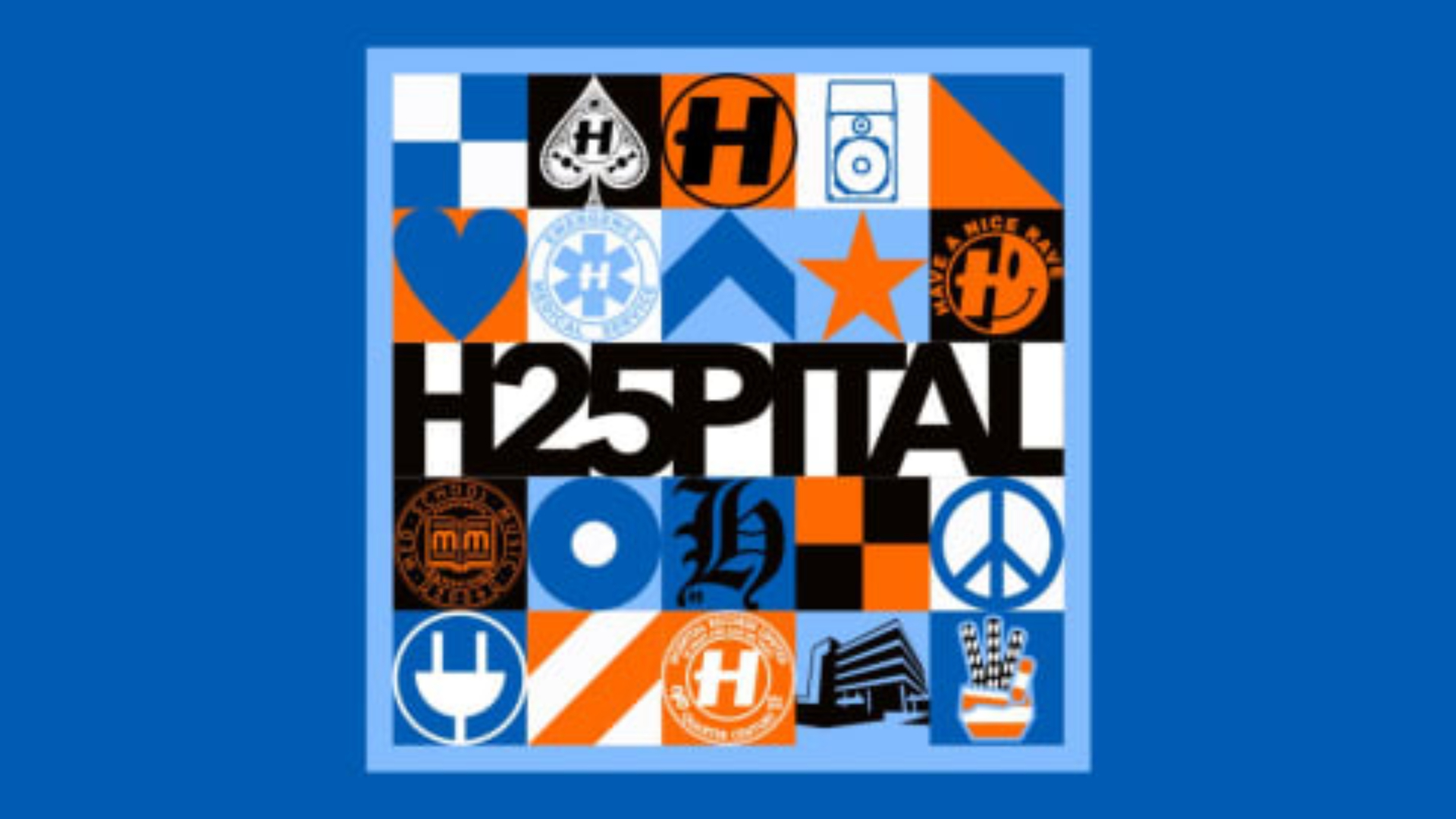 By Annelies RomMarch 26, 2021No Comments

Hospital Records, one of the biggest drum and bass labels on the planet, celebrates their 25th anniversary and ofcourse they won’t just let this moment pass. Normally, venues would be packed raving to the biggest tunes of the last quarter century. For now, a compilation album of their best tracks, remixed by their best artists, will have to do.

H25PITAL celebrates jungle music, showcases their heaviest and naughtiest rollers, and once again samples everyones favourite sixties boyband (ofcourse it’s The Beatles’ Come Together, what did you think?). With no more than 25 tracks, this album includes every part of the drum and bass-spectrum and acknowledges every part of its history. Let’s start this trip down memory lane, shall we?

Makoto had the honour to create the opening track of this album. Titled ‘Spread Love’, its message has never been more timely. As the world knows the Japanese drum and bass artist for his soulful tracks, ‘Spread Love’ once again unites gospel and drum and bass perfectly. Hallelujah, off to a good start.

I say DRS & Dynamite, you say? Bars! This duo in heaven crafted a few for Logistics ‘Jungle Music’, all while serenading the genre and lifting the original track to a whole new level. This remix was the first release of the album, and rightfully so. It definitely sets the tune of what’s to come. Where DRS & Dynamite added some extra lyrics to an original track, Flava D added some extra rollers to her favourite track of 25 years Hospital Records. Her trip down Netsky’s ‘Memory Lane’ is a more heavy one than the one we’re used to, but hey, that’s expected after all that happened last year.

The next DJ bringing some energy to the building is DJ Marky, remixing Blame’s ‘Hindsight’. Whereas the original track is the perfect track to wind down after a big rave, the remix is one we’re expecting to hear right in the middle of the night, building the energy even higher. Now, we’d like to take you back to 2019. The year Urbandawn unleashed a remix of an absolute banger unto the world. We’re talking about ‘Come Together’ by The Beatles. That summer everyone heard this track at least once. We even might take a bet of this track being the one that popped up in the most sets. Now, Dillinja had the chance to make another remix of this remix and we must say, he brought this track to yet another dimension.

Next up, the VIP we’ve all been waiting for. The one’s who have been watching Metrik‘s livestreams already know what’s coming. Yet again the bossman did not disappoint. This ‘Cadence VIP’ really tears up the place, giving the originally liquid track a screechy spin. From one bossman to another, because the next track is ‘Build A Better World’ by London Elektricity. For this occasion, Thomas Oliver took up the task to make a remix. He made it into an absolute tune ready for the dancefloor, all while giving his own spin to the lyrics.

‘The Time Is Here At Last’. Now that’s a sentence we will scream the day we get to dance again. Mitekiss got the chance to remix this track by liquid masters Hybrid Minds and Etherwood, giving it a funky spin. One of the most promising tracks of this album, in our opinion, is Keeno’s ‘I Wonder’, remixed by Whiney. These two young talents compliment each other wonderfuly. Where Keeno keeps it more quiet and light-footed in his tracks, Whiney places himself on the other side of the liquid register, with more heavy tracks and no subtle rollers and bops. With this track, they meet each other in the middle.

The following track was released eleven years ago, we’re feeling old. Ofcourse we’re talking about Hospital Records classic ‘Drum + Bossa’, and who better than Ray Keith to rework this absolute pearl? Whereas the original one has jazzy vibes all over, this remix has given these same vibes a more chaotic spin. Think about it as a jazz band on the run, after having thrashed the bar. Last but definitely not least, Euphonique‘s one of the upcoming females in the game. After having released a debut track last year, now she has the honour to close this absolute banger of an album and she does so with all the right vibes. Not the biggest tune on this album, but absolutely the right one to wind down after a wicked listening party.