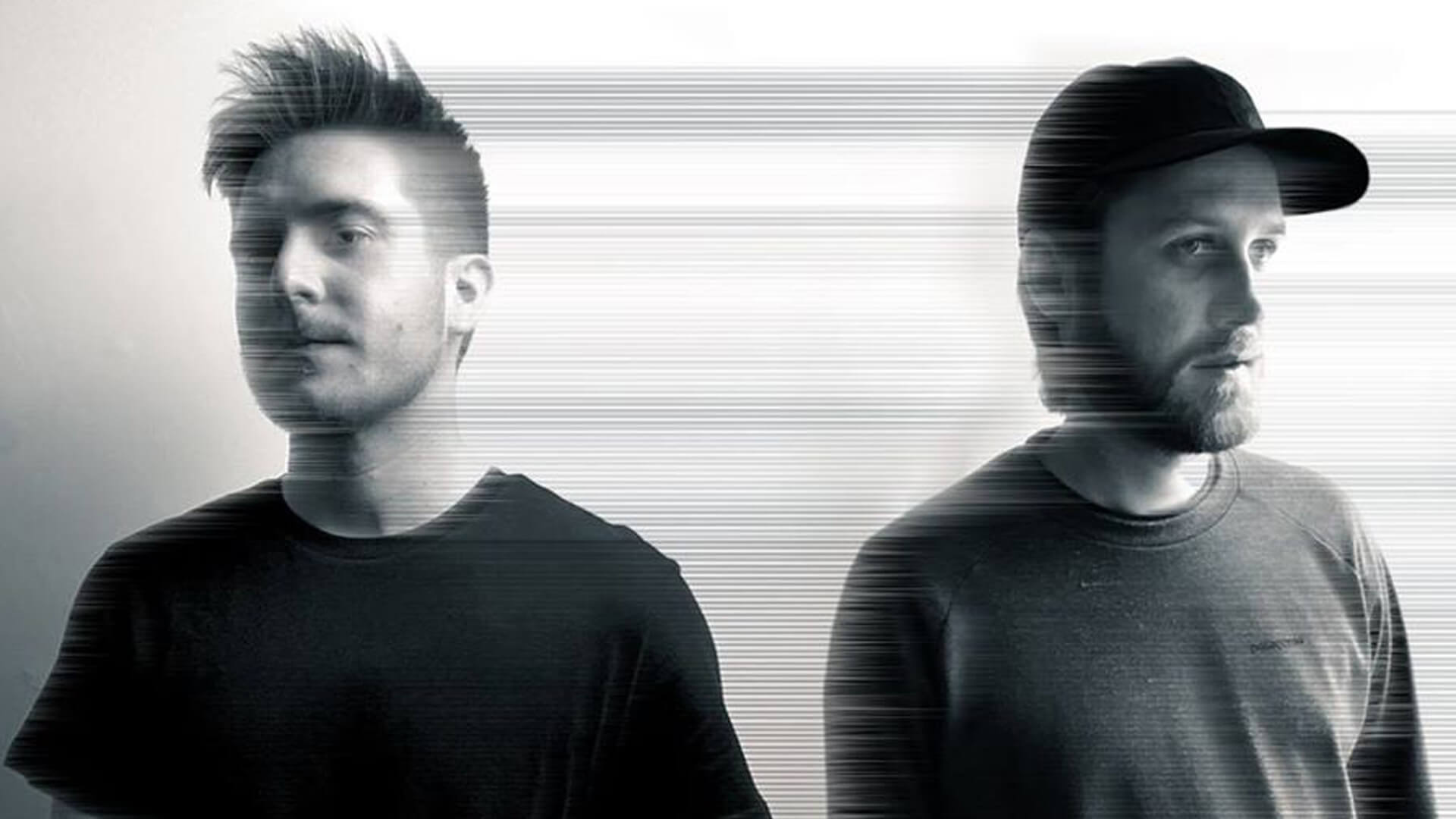 Gerra & Stone have been making waves in the Drum & Bass scene with releases on the likes Shogun, RAM, Dispatch and DnB Arena. They are showing no signs of slowing down as their latest release drops on SGN:LTD. Goat Shed writer Martin Doyle speaks to one half of the production duo, HARRY GERRA…

Hi Harry, thank you for taking the time out for the interview. I’d like to start off by asking about your musical background. How you got into music and what was your musical upbringing?

I guess I’ve always been drawn to music although no one in my family is musical in sense of playing instruments or creating music. My early childhood memories are all about wanting to make music and play instruments, especially drums. I learnt to play and had a few different drum kits (I think I was more into collecting drums than actually playing them), I played in a few bands and studied music performance at college.

What was your introduction to Drum & Bass? Was there a defining moment or track that confirmed your long term investment in the music?

Drum & Bass was very prevalent when I was at school, everyone was into buying tape packs from raves even though we were way too young to actually attend them. Dave (Stone) and I attended the same school although I am a couple of years older so we were both exposed to the tape pack culture and that was our way in. Theres a whole bunch of tunes from that era that I suppose could be considered defining but it was more the overall vibe and excitement of the sound that lured me in.

When did you first start writing tracks as a duo? Did you make Drum & Bass from the outset or experiment with different genres?

Dave and I were deep into DJ’ing before we ever started to make our own beats, we had both studied music after school and had experimented with production via college. I vaguely remember us messing around with a copy of reason I had obtained after a trip to New York in like 2008. We both also studied digital music production at Solent Uni after college and at the same time were doing a lot of DJ’ing around Southampton and the neighbouring cities like Bournemouth and Brighton. As regards to style we started with D&B and never really swayed from it as a duo.

Some of your early tracks together, as far back as 2012, featured on Basher’s ‘Proximity Recordings’ which has also seen releases from the likes of Frankee, Xtrah, Inside Info, NC-17 and Bredren. How did that relationship come about?

Yeah Basher really hooked us up with a platform to put out our early work along with a bunch of other guys that are now doing great things. We learned some invaluable lessons about the music industry and touring in those days and are eternally grateful for the opportunities that gave us.

Hailing from Southampton, yourself and David Stone promoted a night in the city called ‘Release’ which had some outstanding talent pass through: Lenzman, Ulterior Motive, Break, Sabre, S.P.Y, Kasra, DLR to name a few. In a city renowned for its more ‘commercialised’ Drum & Bass following, what were the challenges in making the underground line ups you put together a success in Southampton?

Release was Dave’s project I was really just a resident and did a bit of promotion. He did a great job of bringing more underground acts to Southampton and we made some great connections from those days. Many times we have had people come up to us at recent gigs and say “I remember seeing you guys at Release back in the day”. I think it opened a lot of peoples minds to the deeper and soulful sounds of Drum & bass that were not so abundant in the clubs outside the obvious places back then.

Your sound has certainly progressed since those days which had a stripped back minimal edge. Following releases on Dispatch, RAM, Program, Fokuz and Shogun your tracks have become more intricate, detailed and melodic. Was this a natural development as your studio skills and confidence developed or was it a creative choice as your tastes evolved?

Yeah I suppose our sound has developed for the reasons you mentioned above and others too. The stripped back minimal vibe has always remained in some way but we always wanted to explore different avenues and see what other sonic realms we can work in. There was a time when we were working a lot with Ram Records that our tracks became a lot more big room dance floor oriented and that was super fun but I always felt way more connected to more minimal underground sounds. Another contributing factor is that we both collect studio gear like synthesisers and drum machines. Our more recent work is a lot more hardware oriented, we both come from DJ backgrounds so it feels very natural to be standing up and tweaking knobs rather than sat at the computer, this approach obviously changes the overall sound also. I’ve personally always loved textures and layering different textures to create unique soundscapes and this is something that I’ve pushed also more into our sound as the years have gone on.

What artists inspire you and influence your music writing process?

I would be here all day if was to list all of them! And this creates a massive conflict in my head when I do come to write as there is so much amazing music around. I listen to music pretty much whenever I can and to a fairly broad range of styles and where this is great for discovering new ideas it can be a lot to process. As regards to classic Drum & Bass artists that have always inspired me; Alix Perez, Photek, Break, Breakage and Calibre would be my top picks. There has been a recent influx of great new artists that are pushing drum & bass forward, I’m really into guys like Skylark, Sustance, Fr34knc, Submarine and QZB. Outside if d&b I take influence from artists like Andy Stott, Daniel Avery, Etapp Kyle, Conforce, Space Afrika, Deepchord, Special Request, Skee Mask and Stenny to name a few!

As with anything drum & bass has evolved rapidly in its relatively short existence. The fruits of evolution are always going to be subjective to the listener, for example there are those who are hung up on the late 90’s tech sound never being bettered, and I agree with this somewhat but I am all about embracing change and appreciating what modern technology can do for music. An interesting example would be on a recent tour of NZ and Australia where I was playing to a fairly young crowd, they didn’t respond to certain classic tracks as I would expect from an older audience but that’s totally fine as maybe they didn’t grow up with those tracks and maybe the high frequencies don’t cut through the mix like the latest dub does. So I don’t think there is a better or worse, its just different and everyone will have their own opinions on that, those timeless classic from the 90’s that sound so warm and chunky versus cutting edge mix downs from brand new D&B aren’t necessarily comparable in my opinion.

Drum & Bass once embraced dub plate culture and long release dates that elevated certain tracks to anthematic status. Do you feel ‘anthems’ are missing these days, or will a great track find its way to the masses regardless of today’s musical landscape?

Yeah I guess my answer would be similar to the previous question, we’re just living in very different time now. We’ve experienced both eras and as much as we can look back at the vinyl days with rose tinted glasses, if someone has suggested that in 10-15 years time we would be able to access everything digitally and instantly most would have jumped at the chance. The whole anthemic classic thing is a weird one, surely down to the sheer abundance of music out there and how quickly it becomes old news. Saying that there still are anthems being produced but due to most ideas and sonic territories already being explored its much more difficult  find something that stands out on its own. To be honest I’ve never been interested in anthems, I like B sides.

As a producer, what knowledge or technique do you have now that you wish you’d known 5 years ago?

It’s not necessary to obsess and over complicate things or to conform to existing trends.

What is one piece of advice you would give for aspiring producers?

Write the music that’s in your head, not on the most recent Spotify playlist.

At the time of writing your DISILLUSION EP just dropped. A provocative, deep and sophisticated slice of Drum & Bass on Frictions SGN:LTD imprint. What other projects do you have in the pipeline for 2020?

We’re looking to do some more projects with Shogun Audio. We are also exploring the idea of incorporating our hardware into some kind of live show maybe.

​•​If you could have any superpower what would you have and why?

Not requiring sleep or food to survive

​•​If you could deep fry anything, what would it be?

​•​A song you hate that everyone seems to love

I have no interest in what everyone loves

You can catch us in London (UK), Marseille (FR), Osijek (HR), Tilburg (NL) and more in the next couple of months

Check out our interview with Jay Skeptic from Influence Records HERE