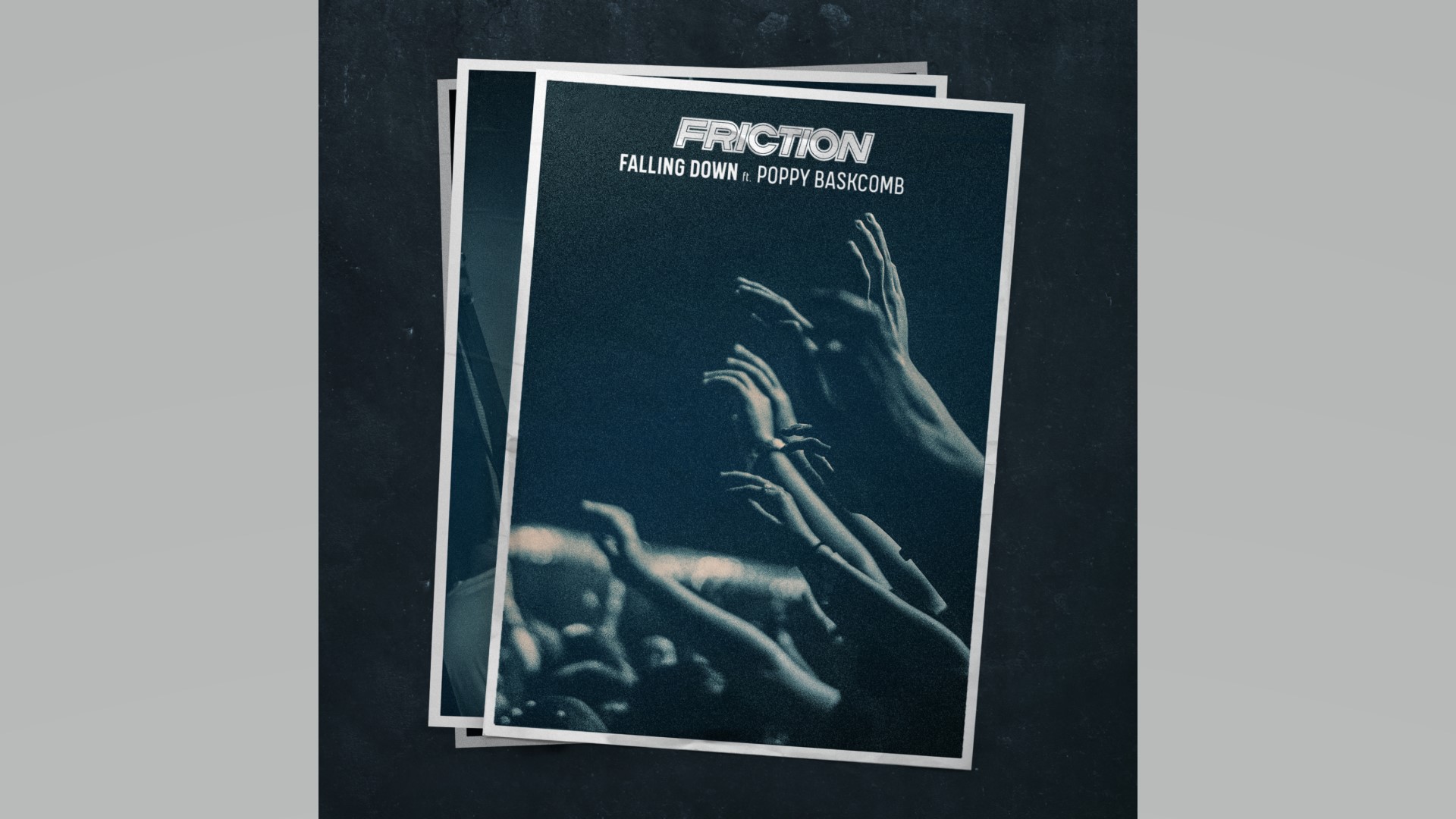 ‘Falling Down’ ft. Poppy Baskcomb from multi award winning producer and DJ Friction signals the start of another momentous album on Elevate Records, an imprint he’s nurtured from the roots of sister-label Shogun Audio. One of the most recognisable names in bass music, his history stretches from a flagship Radio 1 show through to the success of his own productions, plus remixing global superstars including Sam Smith, Fatboy Slim and The Prodigy. With a host of tastemaker support, including the likes of Annie Mac, Zane Lowe, Pete Tong and UKF, he’s amassed tens of millions of streams, been playlisted by Radio 1 and is a mainstay on the global festival circuit from Las Vegas to Auckland and back again. Following on from his 2018 ‘Connections’ LP, this new album, as yet untitled is set to raise the level again.

Brighton-based Friction combines the soaring synth-led build-up of ‘Falling Down’ and the jagged bassline of its drop, amongst Poppy Baskcomb’s expressive vocal tones, to provide a record which is both emotive and destructive in equal measures. Already playlisted in Spotify’s New Music Friday, as well as being allocated as the platform’s ‘Massive Drum & Bass’ cover, Rene LaVice’s ‘Rise Out Track of the Week’ and once again receiving a spin from Annie Mac on Radio 1, ‘Falling Down’ is being heralded as another massive selection from Friction. One of many insights into what the producer has in store for his forthcoming album.