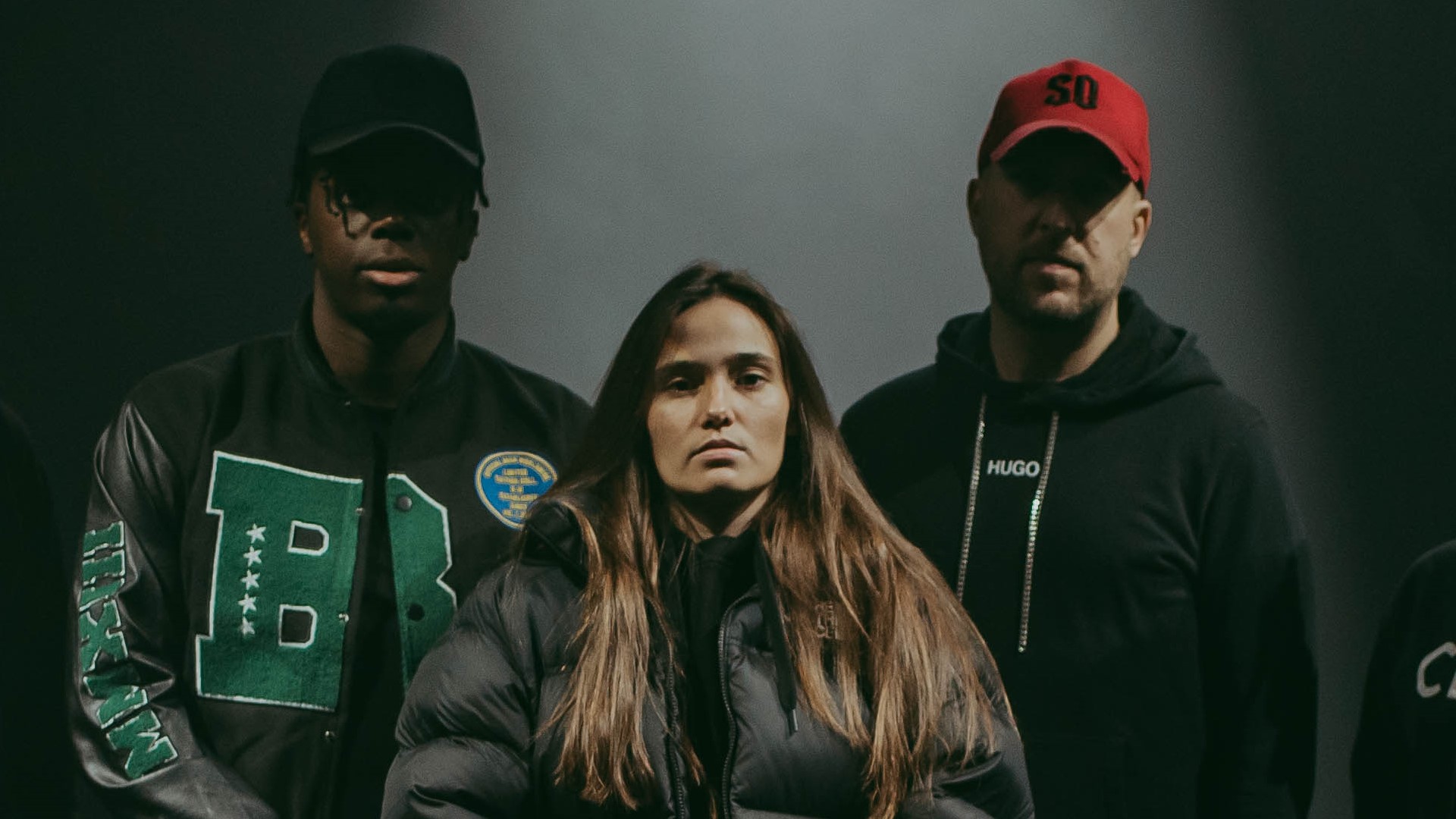 By Goat Shed TeamJanuary 31, 2022No Comments

FooR x Mollie Collins x Emma Cannon ‘Too Bad’ is the new single from FooR’s forthcoming collaboration album, which is set for release later this year. A peaktime drum & bass cut from FooR and UK star Mollie Collins, the killer vocal from Emma Cannon makes this a rave favourite with heavy crossover potential. Premiered by UKF’s legendary YouTube channel, and already added to the Kiss Dance Playlist, ‘Too Bad’ drops on 28 January on Yosh. This singlefollows the Warner Music-signed FooR x Majestic X Dread MC’s ‘Fresh’, which earned huge support from Radio 1, Kiss, Capital Dance, and beyond, and was chosen for the Coors Light TV ad campaign.

Hard at work writing and recording new material, and planning their new live tour, FooR have helmed a Top 10 iTunes charting, Arts Council-funded hip hop album project (and the recent second installment) highlighting rising talent from their home town of Southampton. The city looms large in their lives, and in 2021, they played a triumphant free show in the city centre attended by several thousand fans. This large local following pack out their Solent shows and festival tents at IOW and Common People, the band have organised events and open mic nights for Southampton youth, and are prominent in the city’s bid for City Of Culture 2025.

The ‘iTunes Top 10 Dance Chart compilation ’Friends Of FooR’ was FooR’s hybrid mixtape and artist album, featuring all their own productions, and a dizzying array of UK talent including Majestic, Jaguar Skills, Lisa Maffia, Bassboy, and more. It received critical acclaim from Red Bull, Complex, Clash, and others.

Starting her DJ career in 2015, Mollie Collins was awarded Best Breakthrough DJ in 2017. She also became the London station Kiss FM ‘ D&B presenter in 2018. Mollie has excelled from just a ‘DJ’ to a producer with massive commercial bangers such as ‘Lost & Found’, ‘Remedies’, ‘Dance Together’, ‘Friends’, and many more. As well as launching her own label ‘Right Good Records’ in 2019, as a home for her music and others, she also won her second award in 2020 – ‘Best Female Artist’ for the very first time after 5 years deep in her career. She then won it again in 2021. Mollie has toured most of the UK, and recently has had her biggest summer with festival season playing at some of the UK’s biggest festivals over the last 5 years, Parklife, Glastonbury, NASS Festival, Tokyo World, BASSFEST, Kendall Calling and many more.