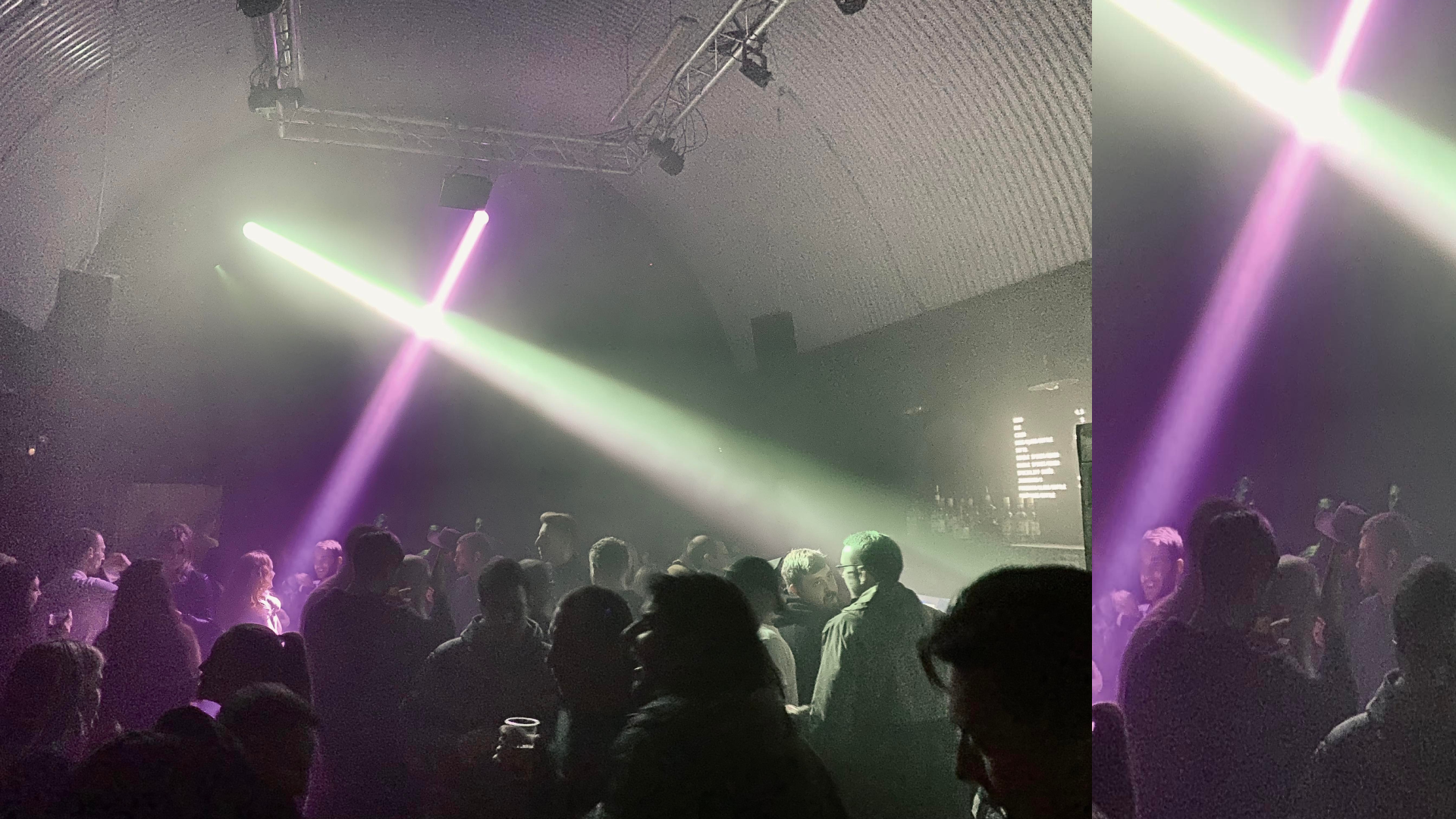 By Goat Shed TeamNovember 11, 2021No Comments

Move over Guy, you’re not the only one who can bun down London town! Now there’s more than one reason to remember, remember the 5th of November as genre-spanning brand Flavours hosted their first event in Bermondsey and lit up the dance. The party was hosted in collaboration with The Inglish clothing brand early birds, got a sneak peek at their newest collection which showcased both brands passion for British Rave Culture.

During this sold-out event, you could hear nothing but banging selections from the very first track all the way through to the unwelcome house lights signalling the end of the motive. Flavours ethos of celebrating all that dance culture has to offer was displayed with sets that covered everything from jungle, breaks and drum and bass, to house, soul, grime and garage.  The music was undoubtedly the precursor to the extraordinarily enticing vibe. Drinks were flowing as were lively conversations, and smiles and gun fingers could be glimpsed in equal measure. While relatively new, The Bermondsey Social Club, hidden under dingy train arches, has a stripped-back old-skool aura that shrouded the event in that slightly grotty and unquestionable authenticity of an original warehouse party. Flavours was not about garish decor or designer clothes and the choice of club, proved that at this party, it was the music that reigned supreme.

Blindside dropped a solid and balanced set which had the energy in the room oscillating between deep, dark steppers to honcho riddims like ‘Walkout’ by Fox, DLR and Alix Perez that completely shut down the dance while the multi-talented  Mr Science blessed the mic with soulful and uplifting bars.

Blindside had the floor moving before making way for Rush whose presence made the final set one to remember. Rolling with  some garage sing-alongs then flipping the script to some bubbly jungle before the switch to the thunderous basslines of Shy FX’s ‘Balaclava Skeptical remix’ took the crowd to darker places. Rush earned some fans by dropping one of the naughtiest remixes of the year Koffee’s ‘Toast Clipz remix’, and continuing to dictate the mood with his exceptionally clean mixes of some of the years dirtiest basslines, we heard Zero T’s ‘Gimme tha Loot’ which popped differently.

Like a perfectly formed cherry, to top a perfectly iced, multi-genre filled cake, the night ended with a movie-worthy moment. One of those moments where you’re talking absolute shit in your mate’s ear but you have to run to the dance floor and shake a leg or hug the closest person next to you.

As the lights came on Chase and Status ‘Take You There’ poured through the speakers and took over everyone’s soul. The room erupted.

As we exit the club, receiving our party bag, generously filled with a clipper, rizla, lip balm and a face mask, we reflect on what it is that really makes a good party. Is it the vibe, the crowd, purely the music. We can’t 100% say. But one thing we can be sure of is Flavours first event was put together perfectly. Big up to the guys who made it happen – and roll on the next one!