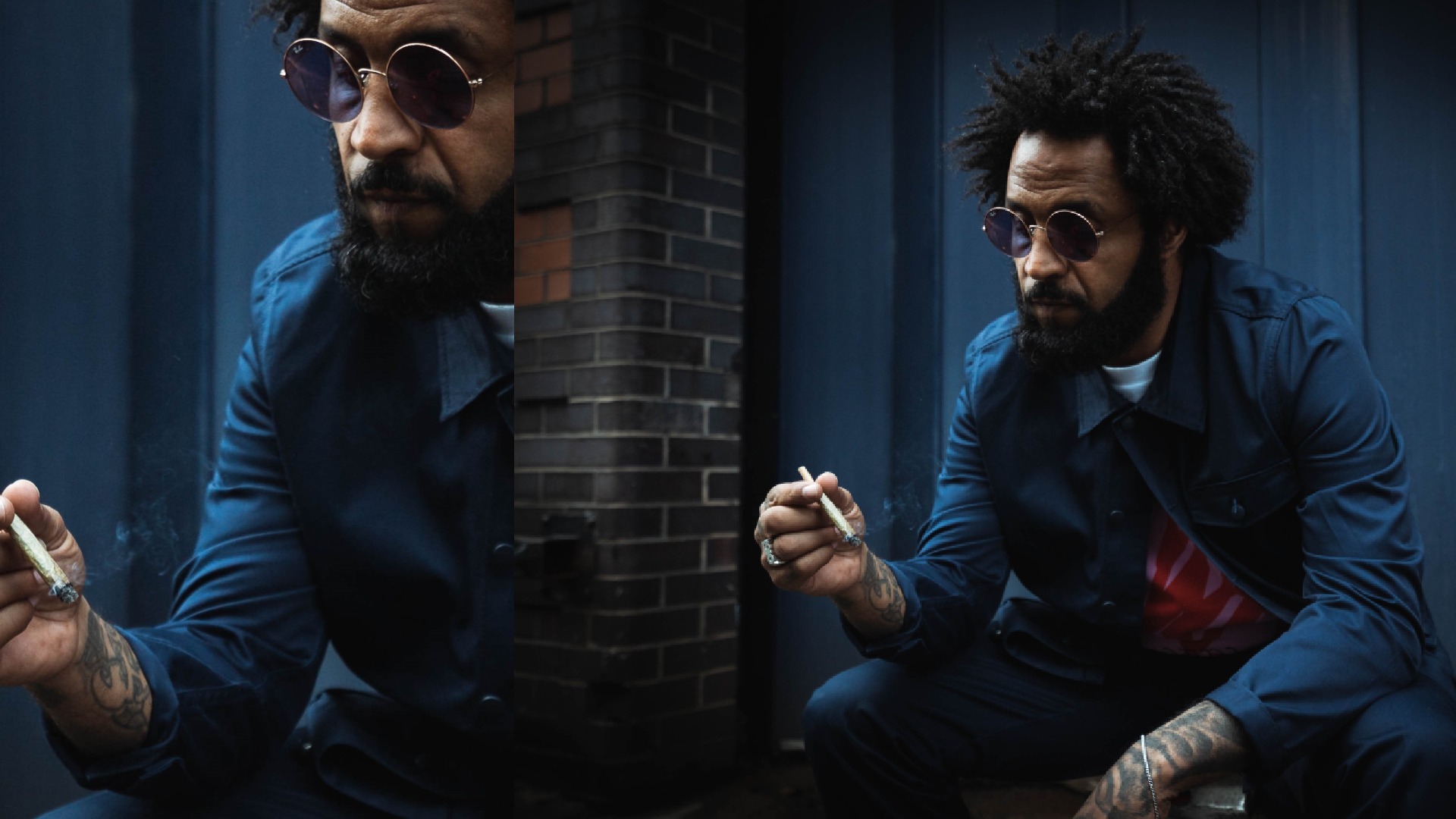 Having decided to tour this spring, Manchester-based rapper Delroy Pottinger, aka DRS, is ready to take on the country. His UK-wide tour is literally kicking off today and we got the infamous MC, and vocalist, to answer some questions.

Adored by many, DRS has played his part in an ever-evolving drum’n’bass scene — over the best part of three decades. With four critically-acclaimed albums, it comes as no surprise he is considered as one of the pioneers in the MC community. His international stardom has brought so much light onto an underground movement that shows no signs of diminishing. The all round showmanship possessed by this one of a kind artist draws the masses, without fail. His hip-hop roots undoubtedly gives him an edge, taking on music at an angle whereby emotion, and passion, are at the forefront. A unique style of storytelling is a trait that very few in the scene are able to execute. Drawing inspiration from a diverse, and broad, variety of musical influences, his fans are always treated to a melodic artistry which consistently showcases a journey. Soul and rap come together to greet a body of music that us as drum’n’bass fans are very thankful for.

Talk to me about your musical upbringing? Your career suggests you have a broad range of influences.

DRS – Yes I have a broad range of influences. From reggae and soul, to rock and funk, to early electro and hip hop, to hip house and house, to indie and trip hop, all the way to where I am today. I think being mixed race played a massive part in my musical development because I got to experience everything twice and with two totally different perspectives.

Was Drum’n’Bass always an avenue you wanted to go down?

DRS – I am an MC, an artist, a communicator, and a guide, of no particular style or form. I think of music as one thing, like a body with all these different, equally important, pieces that wouldn’t work, or exist, without each other — but this long journey began with the birth of hip hop.

You’ve worked with an immense amount of artists over your very long and successful career. Are there any collaborations that have stood out over the years?

DRS – Every single collaboration over the decades, and artists I have had the absolute pleasure to work with, holds the same weight and value in my heart. It’s the process of two energies coming together in some kind of pure, and selfless, manner, with egos aside. That’s what we all crave — a chance to let go “Muga Mucya”.

Let’s delve a bit into the role of an MC. Why are they so important for sets and what has made your style so effective over the decades?

DRS – It’s always been that way. The DJ and MC. The music and the voice whether hip hop or sound system culture — we have developed from what came before. Inner-city kids with nothing creating a million pound labels, club brands, and genres. It’s the coming together of different cultures to make one divine culture. That’s why we are feared “we are all and one” not black or white, just all. Truthfully, I’m honestly just very lucky. A real message of love and togetherness is still needed In the MC world.

MC-led events are becoming more prominent now. How has that changed the dynamic of the dnb scene?

DRS – This isn’t new, like I said before this is what our ‘culture’ and ‘scene’ foundations are built on. When this whole thing began it was the ‘DJ and MC’ none more important than the other, no names bigger, or in separate areas on flyers — just altogether. When major labels, and corporations, get involved and big money gets invested the inner-city and street, energy is usually deleted along with the MC, the struggle, and most importantly the truth. Fast forwarding to now, where MCs are billed correctly, and on centre stage, it’s seen as something new which is crazy, but I love a challenge and I’m so proud, and I’m still a massive fan of this culture we have all played our part in creating.

In part, you’ve heavily inspired this dynamic. How does that make you feel?

DRS – It feels amazing to be a part of any kind of change. I’ve worked my arse off for the best part of 30 years, and will continue to do so.  We created, and have now become, art. Generating inspiration for the next wave as we were inspired by what came before. I’m not going to lie, it feels good to be one of the many, and equally important, architects of our beautiful culture.

Let’s talk about your UK tour. How did that come about?

DRS – It came about from a series of conversations with my new agent at the time, David Oyston, as he believed in me as much as I do. He saw something was wrong between my monthly music listening numbers in comparison to my shows and fees. At the same time, my music and popularity reached a new level. It was the perfect time for a leap of faith as we tested the waters with two incredible sold out live shows in Gorton Monastery Manchester, Jazz Cafe London, and off the back of that launched my first headline UK-wide tour, ‘This is Just a Letter of Intent’.

What are you most excited about for the tour?

DRS – Honestly, just to get out on the road with my friends and family, playing some music to some people. Whether it’s all successful or not, the fact it is happening, and the fact we willed this into reality, is great. Anything is possible.

Are there any particular releases you can’t wait to show off on tour?

DRS – I can’t say too much but we have a few surprises for the tour, it’s hard finding a balance of new and old especially with such a vast back catalogue. But me and the team have got this.

You’ve got a versatile array of artists accompanying you on tour. Why those artists in particular?

DRS – It’s all my friends, and family, both new and old. Like myself, everyone has definitely earned their seat on the spaceship. Most of the team I’ve known, and worked with, for over a decade so it’s all natural and calm — from time to time of course.

Talk to me about some career highlights. Which one’s spring to mind?

DRS – I think in hindsight, I’ve enjoyed all the highs and lows equally being all lessons and teachings. My kids think having a tune on both GTA and FIFA 22 in the past 12 months, or so, is pretty cool — the funny thing is I don’t even own a console.

What can we expect from you after the April dates?

DRS – There is loads of exciting stuff going on. They will all become clearer soon. Thanks for your time and don’t forget to spread love.