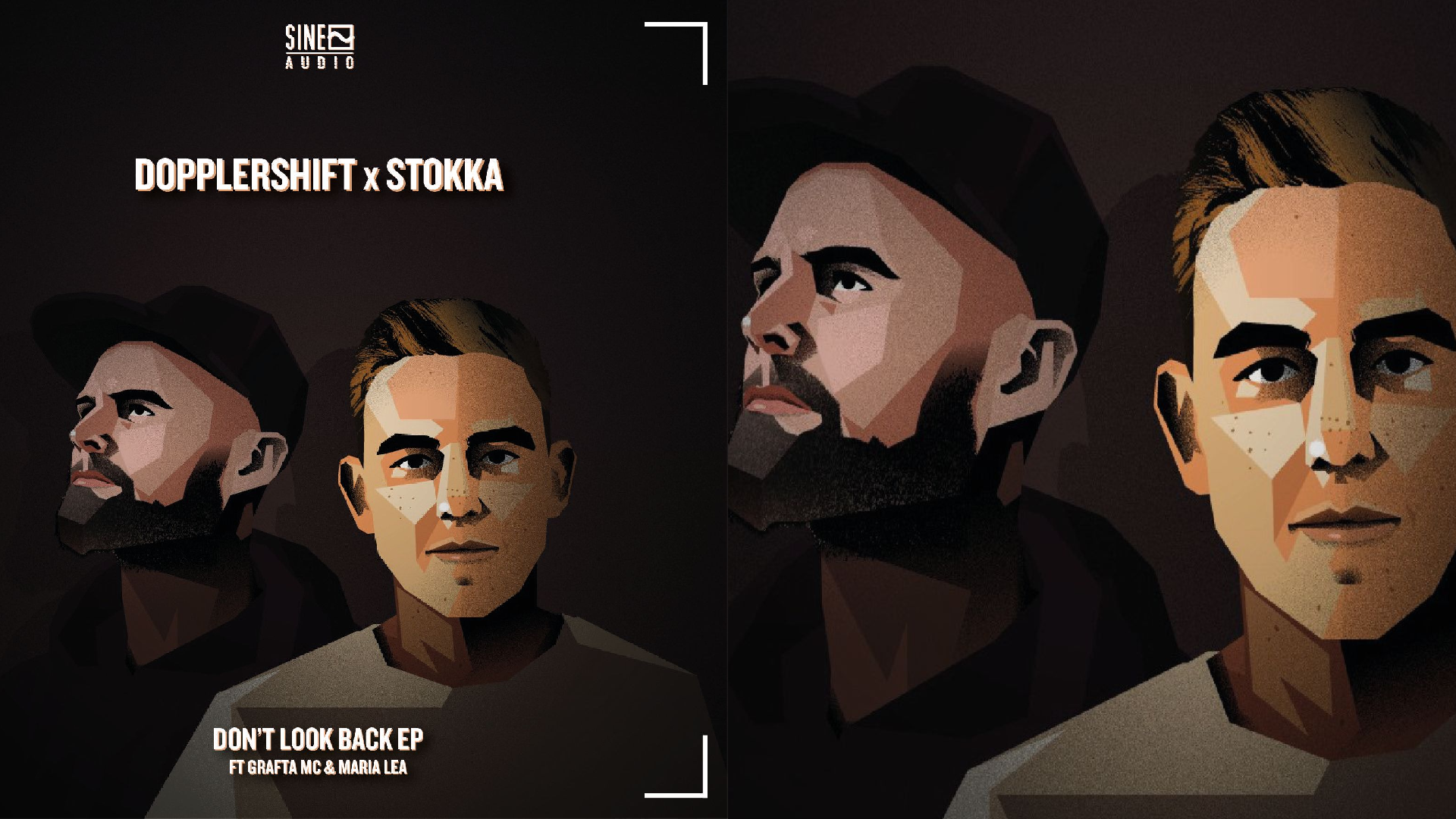 Dopplershift and Stokka became good friends when they met through a remix competition for ‘Screamarts- Get Physical’.

“After lots of talk about production, we eventually decided to make a track together. The first track we made was ‘Stencil’, probably my favourite from the EP. We threw this track together in a day or two, at which point it was clear we bounced off each other quite well. It was only a few days later that we had the EP pretty much wrapped up”- Stokka

Now the duo have a 5 track stomper forthcoming on Sine Audio. Starting this EP is the glitchy, itchy onslaught ‘Don’t Look Back’ featuring Grafta MC. This high energy piece is full to the brim with wavy, distorted subs, hot stepping drums, and drops of echoing effects, setting the pace for remainder of the release. Next we make way for ‘Stencil’ an icy track which layers scatty, pattering percussion with a pulsating low end, adorned with warps and shocks of horn, reminiscent of the legendary ‘Dreadnaught’. ‘In The Dark’ featuring Maria Lea is a classic, techy roller; beautifully juxtaposed, soft female vocal against a deep rumbling bass core. If you’re looking for something a little different you can’t go far wrong with ‘Take Control’ with a mixture of dystopian atmospherics and zany, almost cartoon like drips and clicks, this growling wobbler is sure to light a few sets. Closing out the EP ‘For My Father’ see’s Dopplershift working alone on this brooding, emotive simmering sip of liquid.