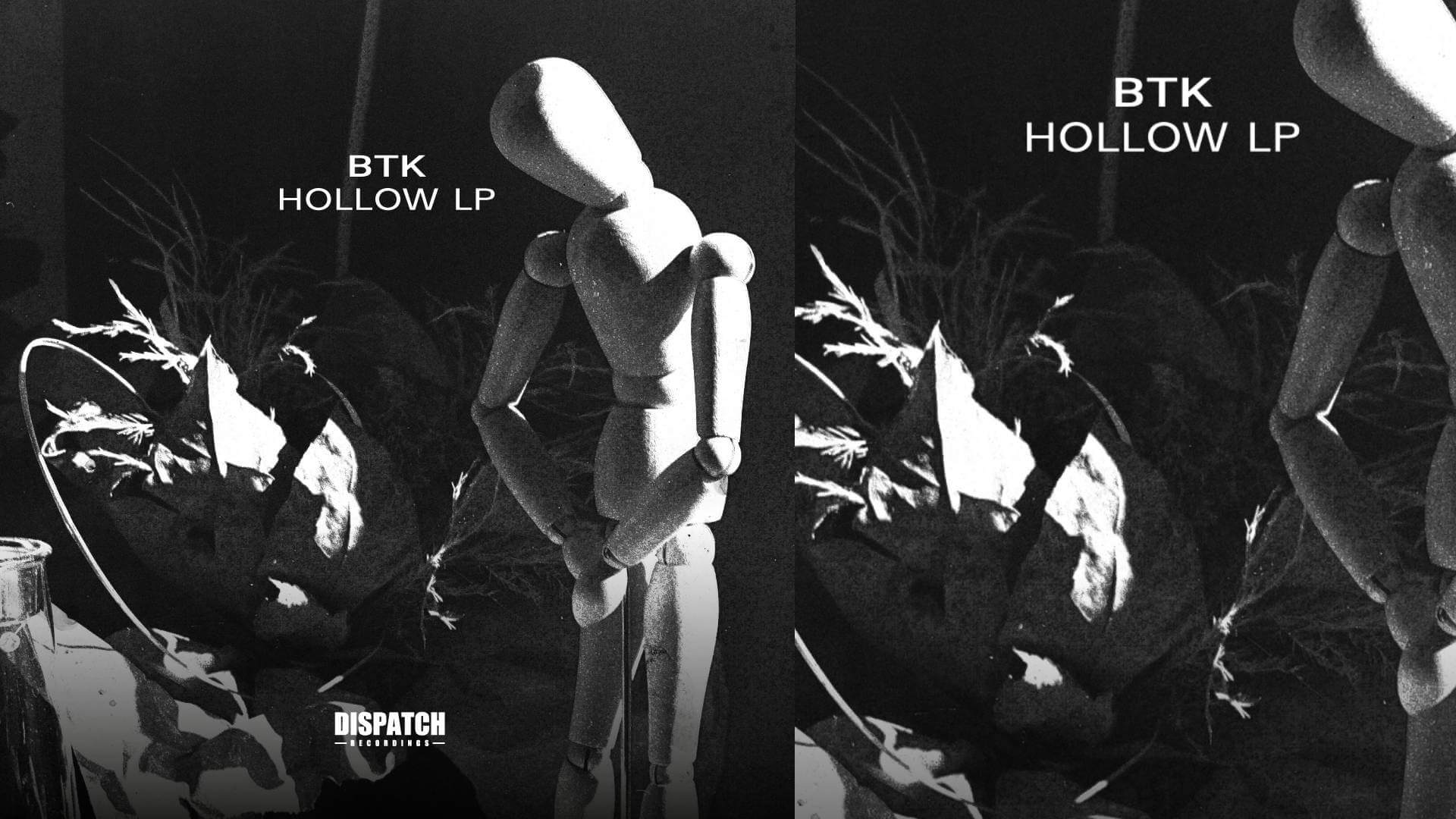 By Goat Shed TeamNovember 25, 2020No Comments

Dispatch Recordings is proud to present BTK’s 3rd Drum & Bass album, his first solo LP since the sad loss of his long term production partner Ed Optiv. The title ‘Hollow’ reflects that sense of loss, as BTK completes his return to drum and bass with the aim of making Ed proud.

Many will be familiar with the style of music BTK is well known for – often seen as a master of rolling, heavyweight funk made for the dancefloor. For this album, he set out to do things differently, crafting music that could be enjoyed both in or outside of the club – still full of that same raw and uncomplicated groove.

The album includes collaborations with some of his oldest friends. For ‘Oi’ the old school Metalheadz flavours of Gremlinz, combine with the Virus influenced style of BTK, to create the perfect combination of funk and tech from the early 2000s.

Ink is a producer BTK cites as a vital part of his music production journey since day one. Having made many tunes together throughout their career since meeting at an early dnb event in Rio de Janeiro, ‘The Last Scroll’ is a particularly special collab commemorating nearly 20 years of friendship.

Another repeat collaborator is Cologne-based Jumpat, with the pair previously releasing on BTK’s own label Dutty Audio. Complimenting each other’s style perfectly, this is a tag team to watch out for.

Easily demonstrating his wealth of production expertise and ability to capture the essence of rolling funk this album is a testament to BTKs long history of drum and bass production, one we are incredibly happy to be continuing at Dispatch Recordings