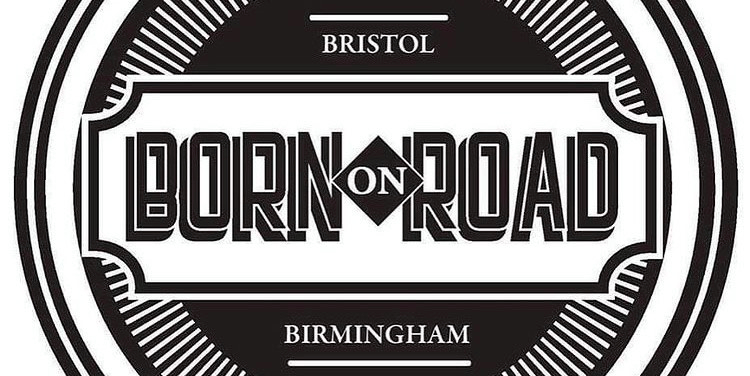 Anthony Mulholland made his way down to London’s Lafayette who were hosting one of their very first drum and bass events since their opening.

With Lafayette having hosted the legendary A.M.C only last month, Born on Road had the exciting task of proceeding what was a successful first drum and bass show for the London venue. The Bristol-based label enjoyed a memorable night of what was the last leg of their UK-wide tour. We were taken into the early hours of the morning with some of Born on Road’s most talented, within their roster.

The night commenced with Euphonique, a producer who has been in the game for over ten years. Her authentic jungle style fits the Born on Road bill to a tee. With some heavy roller and break sounds; this opening set built up a hungry crowd for the rest of the evening. She is regarded as one of the queens of jungle and she certainly did not disappoint. The Mancunian jungle producer let her old school, hard-hitting, jungle flow do the talking and produced a scintillating performance — giving a solid foundation for the next acts to follow suit.

Up next were the dynamic Selecta J-Man and, fresh from his debut set at Printworks, Zoro. The talented lyricist Rider Shafique was on the mic for this one and gave their set a flowing yet gritty sound that presented the performance with an incredible amount of energy. With a similar tone to the set previous, the jungle yet roller element of Selecta J-man and Zoro’s performance was prevalent throughout. A hard-hitting exclusive track by Selecta J-Man ‘One of a kind’ being a stand out, unreleased, song played. On top of this, his infamous ‘Couple Guinness’ track made an unsurprising appearance. This really got the crowd lively. Whilst Zoro dropped an unreleased track by L-Side ‘Inna Di Dance’ over Cyantific’s remix of ‘All Yours’ — which completely sent a multitude of ravers going insane.

Gray stepped up next, one of the most exciting talents to come out of the Born on Road family. His array of productions over the course of the last few years have really set him up to be a DJ, and producer, that drum and bass fans are always looking forward to watch perform live. The experienced Junior Dangerous used his eerie, distinguishable, tone to elevate such a top performance from the London-based DJ. And of Course, we were treated to his, recently released, donk-type VIP of ‘Rubadub’, as well as a VIP of ‘One Spliff’, and the Gentleman’s Dub Club remix of ‘Rudeboy’. A born on road special dub of Beenie Man’s ‘Who am I’ also featured in this compelling, Gray, production.

Co-owner of the Born on Road label is none other than the thrilling Kelvin 373. His jungle-influenced set, guided by the very versatile MC Carasel, was nothing short of exceptional. His spurt of double and triple drops kept his audience gripped throughout. Being one of the more accomplished mixers throughout the drum and bass circuit, Kelvin was able to entice by teasing drops, and with his good ear for blends, we were spoilt to some special moments. His dub of ‘Lockdown’, with Aries, made an appearance, as well as rounding off his set with Skeptical’s remix, of Shy FX’s, ‘Balaclava’. A stand out moment was a triple drop involving Phibes’ new release ‘Never Get Enough’, A.M.C’s, epic, ‘Void’, and DJ Limited’s, rolling, ‘Wave’. Having been referred to as the “Leader of the new junglists” by Rinse FM’s Uncle Dugs, we can see why this term is relevant — due to Kelvin’s unique blend of jungle influence and roller-type sounds.

Entering into the heart of the night, we were graced with the ever-present Aries and Nicky Blackmarket. Old school anthems greeted with a modern jungle twist, in what proved to be a nostalgic, yet enthralling, set. Established MC’s Navigator and David Boomah epitomized an old school aura and made us feel like we were back in 1997 immersed in an authentic jungle rave. Aries, being another co-owner of the exciting Born on Road, has been influential in the meteoric rise of some of the young and talented producers on the label. Tonight we were shown what 30 years of experience has achieved. Aries dropped a number of his own favourite dubplates, as well as blending a wide-range of new budding music. His counterpart on stage boasts an equal amount of experience and really gave the whole performance a know-how, and understanding, of the scene — unlike many other drum and bass performances around. When Nicky Blackmarket dropped the electric, unreleased, ‘Ghetto Hot’ by Profile and Replicant; ravers across the auditorium knew they were in for an exhilarating forty-five minutes of drum and bass. With Aries dubs including ‘Let The Sunshine’, ‘1994’, ‘A Message To You Rudy’ and ‘Ain’t No Sunshine’ all making an appearance, showcasing a retro flavour in which Aries consistently draws inspiration from when producing his own tracks.

Very much up-and-coming in the drum and bass scene, Crossy and Jappa are two of the most exciting producers to come out of this new wave of talent — with Born on Road being at the very forefront of this charge. Crossy’s winding style of jungle alongside Jappa’s bass heavy, roller-type, sound fused together to create a unique display of electric and varied selections. A highlight triple blend in this set, as well as of the whole night, involved Urbandawn’s, distinguished, ‘Come Together’, Phibes’ ‘Never Get Enough’ and Shy FX’s, classic, ‘Feelings’. Another moment that sticks to mind is the remixed version of Sub Focus and Stylo G’s ‘Lingua’, we were treated to a weighty number that got everyone bouncing.

AC13 rounded the night off in style, providing us with a number of his most lethal tracks. One of the breakthrough drum and bass producers over the last few years, AC13 already boasts a wide-spread of hard-hitting tunes. Traffic MC heightened the energy one last time, with his unique, and steppy, flow — giving AC13 the hype he needed to blow the crowd away. A blend involving Andy C’s ‘Take Me Away’ and ‘Higher’, by Kanine, blew the roof off the London venue. Furthermore, his recent collaboration with Skantia ‘Along The Way’ refreshingly entered the fray in this AC13 set which concluded what was a stellar performance from the Born on Road gang.

It is fair to say that this year has been another breakthrough year for the Bristol mob that go by the name of Born on Road; and what a way to round off these last 12 months, pampered with lockdowns, by displaying their plethora of talent at this up-and-coming London venue — which will no doubt gain more traction over the coming years. With more releases in the pipeline for this ever-growing label, we should undoubtedly be keeping an eye out on what they have to offer in 2022.