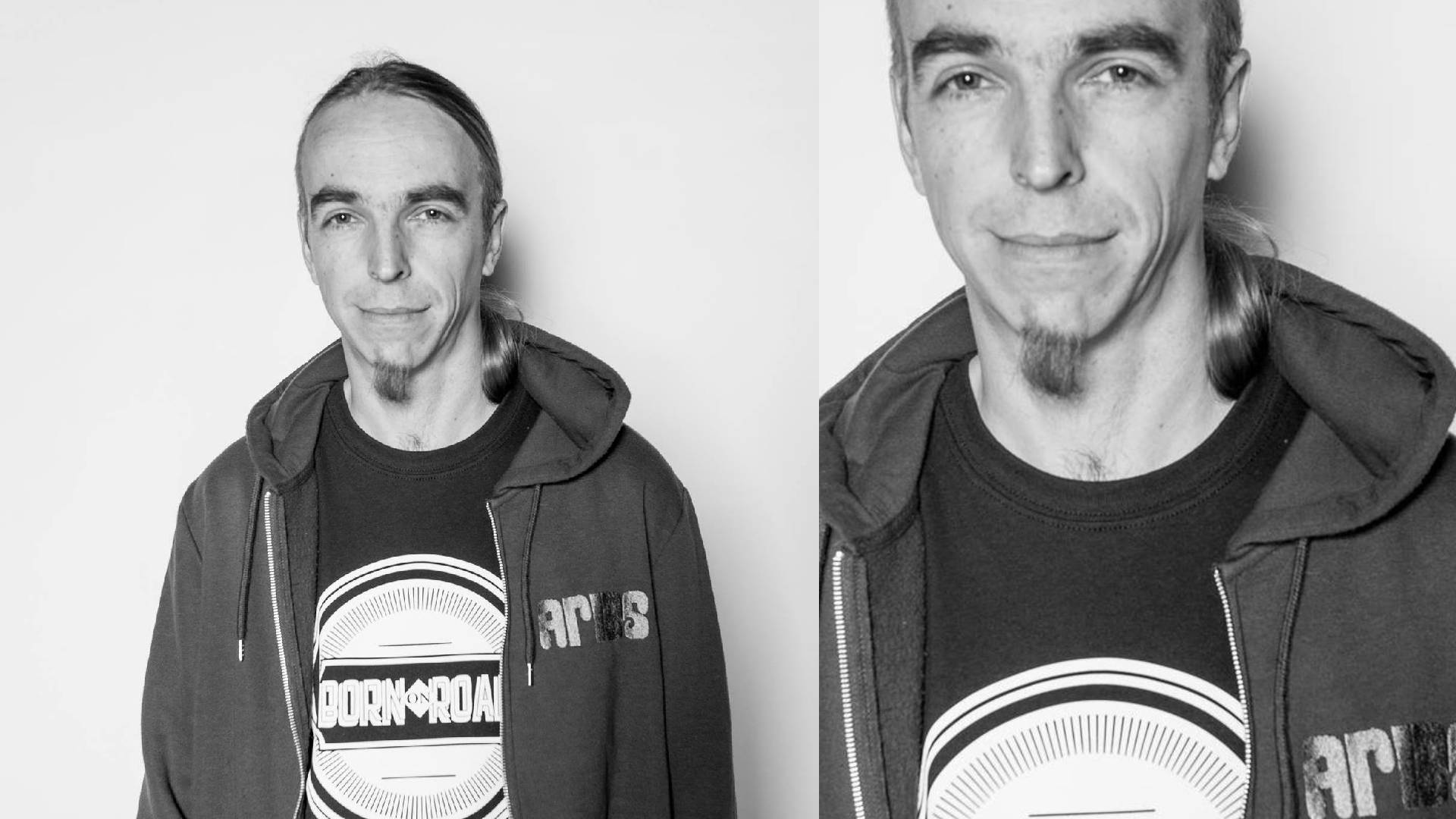 Hailing from Birmingham since the 90s, Aries has been one of the most consistent jungle DJ in the UK scene with Chopstick Dubplate Crew and his label Born on Road.

Easy Aries, what’s going on for you today?

I notice when you can travel, you get about a bit!

Aries I can not complain – travelling is awesome. In 2019, I did a little tour out in LA, San Francisco and Austin. Visited Spain, Tenerife and a little tour in Czech as well. As Chopstick, we go as far as we can like Russia and Japan! Our mates Ricky Tough in Tenerife or Issac Mayer in Mexico – we all connect up in the ragga and jungle scene, you know?

Yeah definitely. So JungleDam – would you say that’s one of the biggest shows you do as Chopstick Dubplate?

Aries Yeah for Jungle music there’s nothing else quite like it for Jungle music. The first one in 2018 was one of my favourite sets of that year, I was blessed with a whole heap of jungle MC legends! I got to play in a coffee shop and play a selection of ‘coffee shop related music’ (laughs) which was banging! It’s nice to get all those herb songs out! JungleDam really is an important part of the jungle scene for sure and we can’t wait to play again.

Last year at Boomtown, the clip on Dnb Allstars of yourself, Kelvin 373 and Inja opening The Grid stage went viral as the whole stage filled up instantly. Was it 3 sets you did that weekend?

Aries We actually ended up doing 8 sets last year across the site! Like I played an ice cream van which was wicked, did a b2b with Benny Page and Kelvin did his Thursday set in the Hidden Woods with The Gardener. We did a couple of Born on Road sets, we played at Scrapyard and Dubtendo stages – all amazing! Very blessed to get to play with many people but that opening set was pretty special for us to be honest!

Could you tell us a bit more about the collaborations on your last album Jungle style?

Aries It was all in the studio and the album was built as a collection of music we made while I was travelling like in France, I made ‘I & I’ in Paris with Krak in Dub, made some out in Croatia, Italy, Spain and Slovenia! ‘Sundays’ I originally made with Random Movement who’s an American producer known for deeper/liquid productions and he’s so musical talented! He could play the piano from a young age – I played more of an engineering role and catched the vibe, laying down beats. On The remix side of it was more down to people I didn’t get to do stuff with like Saxxon’s been a friend for years. I wanted to create a mega project with all these different artists, we’re talking about 40 different people spread out across those two albums!

What keeps your take on jungle unique in 2021? Are there any secrets to keep your drum sequencing fresh?

Aries I keep modern sound and modern engineering a focus so it works sound systems like Funktion One; I recreate the older jungle flavours and vibes at the current tempo with current engineering aspects. Some crossover and hybrid is kind of where it’s at for me, some drum and bass producers have jungle licks and I’ll listen and say “that’s jungle to me” but some people from the 90s might think otherwise. People ask ‘what’s jungle music?’ and to me it’s just a vibe, that’s it. A lot of drum and bass is jungle and vice versa.

That’s great you have that attitude towards crossover, I know a lot of people have this disassociation between the two. Going back to the ‘Foghorn’ sound trend at the moment, what’s your thoughts on it? I feel that a lot of people have felt the sound has been homogenised.

Aries I love the evolution of music and I think it’s really important for us all. I think music progresses and changes and when I go out to dances that are younger orientated, like freshers, that kind of age group mate is amazing. You see the energy and vibe when a tune goes off, that’s kinda what it’s all about. Whether it’s a vocal doing that or a roller tune with a big fat foghorn – it’s good, it’s healthy! There are always going to be different opinions and that’s what I think is important with our scene. I like some of the vocal stuff, I don’t necessarily play it out but I definitely enjoy certain tracks.I think it’s really important for these younger producers and people that have came through making these new sounds are carving the new way forward for our music and next generation being integrated into music and that’s really healthy and really positive. I’m fully behind that, you know?

Do you have any upcoming producers/DJs in 2020 you recommend to keep to an eye on?

Aries Loads man! In my hometown – Kelvin 373, Crossy and Selecta J Man. Gray’s killing it as well like he just did that massive Rubadub EP on Born on Road. I’m really feeling Frenetic, Alchemist, Disrupta, Zoro and Bish. I’m watching a lot of DJs and producers!

Talking about a collection of artists, what was it like to play Clash at The Capital 2019 at Printworks? Especially as someone who’s been in the scene since the 90s, what were your thoughts on playing in a venue that’s trying to replicate those old school rave vibes?

Aries It was pretty amazing to be honest! It was a lot of preparation as a team and a lot of emotions – excited and nervous. It was mental because people like Shy FX, Bryan Gee and loads of legendary artists who weren’t performing but there to support so a big chunk of the ‘jungle paternity’ were in the house watching what was going on and with the ravers going off. It was a pretty epic experience, awesome to hear all the music that everyone put effort into across all the teams – the banter as well. And the sportsmanship! Because there was no animosity even though we did go in on each other because that’s what happens in those games you know! (laughs). Everyone treated it like a game and no horrible vibes at the end so that was amazing – shaking hands and pure respect!

Aries Jungle Warriors won! We came real close – they had to call it again a second time. It was a really cool thing you know, everybody representing.

You’ve come from pirate radio, what was the name of your first show you used to host? What was it like to be part of that scene in the 90s?

Aries I was 13 hanging out at my mate’s house and his brother was in to electronics and got his hands on an FM radio transmitter – we set up in his parents little loft and we use to sit in this room with a pair of plastic record players with a bunch of 7 inches we purchased from Woolworths and Our Price – most of it top 40, which interestingly was quite electronic and dancey at the time still! We were able to broadcast every night after school with this small 10 watt transmitter! After a little while, we got into other pirate radio and started hearing music because they were underground you know? And I heard rave music and I was like “Oh my god! What’s this?!”

Absolutely! Do you have any legendary raves that you remember back in the day in Birmingham?

Aries I was 13 when I got into it, so I couldn’t actually go to a rave until 94! Grooverider was the biggest headliner at the first rave I played – obviously a legendary guy and other DJs were from my hometown in Stalbridge so it was all connected up and we all used to get tapes and trade cassettes of our favourite mixes at these raves. Clothes and record shops in the city would sell tickets and tapes as well – you’d have a flick through their tape boxes to see what they got like Top Buzz, Mickey Finn, Grooverider, DJ Rap or that kind of thing you know? These days, a direct platform to publish instantly is really good and we do loads of streams!

Going back to the 90’s, it’s interesting to hear you were more interested in pirate radio as a 13 year old rather than video games

If you were to sample any video game though, what would it be and why?

Aries Wow actually it’s a really random one! The electronics guy who got me into radio had a pre PC BBC computer. It had this game called Repton Thru Time and actually all the nice 8 bit bleeps and stuff would be cool to sample! Heist is the one who samples classic arcade games properly! Repton was really abstract though and random – this little guy called Repton killing off aliens with boulders in mazes.

Another random one but what’s your favourite snack in the studio?

Aries It’s herbal, goats like to graze and they use to call me the goat – anything to graze on! (laughs)

Bit of a hard question but what is that stand out show in your career so far?

Aries That is hard but Boomtown last year was pretty epic. All our friends in the crowd, smiling and supporting, going mad. Printworks and Glastonbury Clash a couple of years back! Sometimes the little parties are really good like I played Germany recently in this real dark with a nice system and a couple of MCs killing it and it was unreal! And no cameras as well mate! It wasn’t that vibe and I ended up playing a 2 hour set just because I was enjoying it so much and didn’t even notice it went that quick.

Do you have any smaller venues that you are particularly close to your heart?

Aries PST in Birmingham, home to Birmingham’s reggae crew and it’s been there for a long time. I’ve always played there and I always will.

What’s next for you at the moment? Where is your focus going?

Aries The label at the moment – getting consistent music out there as we have a great team around us. We’ve got a big remix project coming up. We got an EP coming up from Disrupta, Selectah J Man, Gray, monthly mix tapes, live streams, Loads of brand new music came out in 2020 and it sounded amazing. All the boys in the studio at the moment, smashing it out because they haven’t got much else to do.

In a positive light of the bad times at the moment, did you check out any of the music/fundraisers in aid of the forest fires in Australia last year?

Aries We did an event in Lakota, Bristol and we all played for free and they raised a bunch of money which was great! I didn’t listen to much music that was made for it but I was glad I could contribute on a personal level. I went last year for the first time to do a little tour and it was absolutely amazing! I’ve got friends and family that live out there and it’s such a nice place so I’ve got a little space in my heart for it all and my people out there you know?

Respect to you for that! Thanks for having us Aries, it’s been a pleasure! Check out Aries & Kelvin 373’s b2b on Goat Shed –> Watch